Tolerance is intolerable because Islam is not a religion. Or something.... 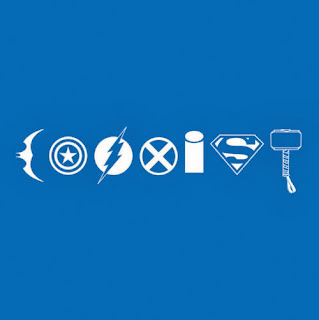 Can't we all just get along?

Charlie Pierce piques my interest in this with his opening comments:

One of the subtler -- or sneakier -- arguments by the theocrats among us who wish to teach their particular splinter of Christianity in the public schools is that we should teach the Bible "as literature," or that we should offer courses in comparative religions. With which latter even some liberals, like me, have no real problem. In theory.

Because I've actually taught the Bible "as literature" at a public school; although not the kind of "public school" he means, admittedly.  And because, as usual, if you read the article, you get your answers.

It is a tricky thing to teach the Bible as literature.  It will almost get you in as much trouble as teaching that Islam is a religion.

Here's what happened:  an Honors course at Hendersonville High School in Sumner County, Tennessee has, for 10 years now, spent 3 weeks on the topic of world religions and studied the 5 major religions:  Christianity, Judaism, Islam, Hinduism, and Buddhism.  They've also taken field trips, but never to places of worship of all five religions.  Why not, you reasonably ask?  The article reasonably answers:

Part of the complaint from one parent is that all five places of worship weren't visited, and the fact an Islamic mosque was visited is evidence the teacher was promoting Islam to her students.  Alright, that gets us to the controversy here.  But when Mr. Pierce says:

Well, we do know why they didn't go out into the woods to observe Wiccan rites (and the first answer is that Wiccan is not generally regarded as one of the five major religions of the world, not that it would freak out every parent in America outside maybe Berkeley), and we also know why they didn't go on more field trips.  Three weeks in high school is barely enough time to introduce the idea that there are other religions besides Xianity, that they are actually legitimate (and not sources of terror and sharia death laws or eternal damnation), and then visit each one of them.  Besides, buses don't fuel themselves,  and do you want to organize a caravan of parents with cars 5 times in a row?  Get real.

So back to the controversy.  Seems the complaining parent is a victim here:

Conner said his stepdaughter opted out of the field trip and instead was asked to write an alternative assignment comparing and contrasting the religious teachings of Jesus, Gandhi and Muhammad. The materials she was given contained a page of Bible verses, two-thirds of a page about Gandhi and five pages about Muhammad.

When his stepdaughter decided she could not compare and contrast the three because she was given unequal information, she was initially told that she would receive a zero and would not be given another assignment, Conner said. That’s when he really became upset. However, school officials later agreed to give a second alternative assignment.

That assignment was to choose three of the five religions and compare and contrast them. Conner wonders why his stepdaughter wasn’t given that option in the first place.

Conner said other students who attended the Sept. 4 field trip told him copies of the Quran were given to students, who also participated in meditation in the Hindu temple. The school system’s spokesman said materials were handed out at the mosque but he wasn’t sure if they included Qurans, and a tour guide demonstrated how Hindu meditation is achieved but students were not required to participate.

Read that carefully, take his assertions at face value (five pages of Islam in the assignment, v. one page of Bible verses), and it's pretty clear the problem here is Islam.  But oh no, it isn't:

Conner said he’s OK with students studying five religions, but he found it problematic that only two houses of worship were visited.

“If you can’t share equal time to all five, you shouldn’t do any of them,” he said.

Now I want to agree with that sentiment, but as I say, there's a question of time and resources here.  It's safe to assume most of Hendersonville High's students have seen the inside of a Christian church (no, not always true, but safe to assume), not not a Jewish synagogue, an Islamic mosque, or a Buddhist temple.  I can understand going to as many of those as you can, first, and not getting to all of them in 3 weeks.  You need some class time in there.

But of course read on, and you get to the real real problem:

Conner believes that between the trips and the assignment, the school was promoting the Islamic faith.

“The teacher was pushing Islamic tolerance,” Conner said. “We did not want to make this about religion – they forced us to.”

Of course, a three week course about religion which sparks a controversy because of the houses of worship the class visits can't possibly be controversial because of religion!  What, do you think that Conner is a bigot or close-minded or something!  (As Wonkette says:  "Well done, Mike Conner! Victim card, played for maximum effect!")  Besides, teaching Islamic tolerance really is intolerable.  Why, think of what could happen to the children!

Kelly Fussman, a 2012 graduate of Hendersonville High School, took the world studies course in 2008, visiting a mosque and a Hindu temple. She said she was disappointed to hear about the decision to halt the field trips.

“The world studies class was really the one and only class that allowed for such an open dialogue of faith and religion,” she said. “To be able to experience what we were talking about firsthand – you can’t get that through class discussion and a textbook.”

The teacher of the course, Amanda Elmore, was among the first who made Fussman think critically about the world. “Without her pushing the limits, I wouldn’t be so open to new cultures and traveling the world,” Fussman said.