"It's a wonder tall trees ain't layin' down." 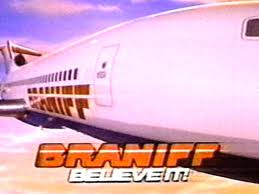 
I've been listening carefully to the narrative being shaped about the US bombing Syria (or "Missile strikes," which sound so much better.  "Bombing" sounds like WWII or the carpet bombing of Laos.  "Strikes" sound more like punches thrown in a boxing ring.), and I'm bemused at how it has been shaped.  If I were writing a scholarly article on the subject (or just for the New Yorker) I'd be more careful about my sourcing; as it is, I'm too busy or lazy to go on more than general impressions and memory.


First, we now all know President Obama spoke "off the cuff" when he said chemical weapons in Syria would be a "red line."  Despite the fact he's since said the "red line" is one established by international law, not by his statement in a press conference, we all know the sovereign's word is still law, especially when it comes to international matters (since the POTUS can't bomb Congress into submission) so he meant what he said and he said what he meant and he didn't mean to say what he said because look at how much trouble he's gotten himself into.

Which is kind of interesting on the face of it, because what trouble has he gotten himself into?  I mean, objectively, what trouble?  He said the use of chemical weapons against Syria's "own people" would be worse than the use of bullets, bombs, land mines, anti-personnel weapons, etc.; i.e., all the things the US uses regularly and frequently, except never against our "own people" (well, save for the bullets, and then they don't seem to hit anything or anybody); that chemical weapons was a "red line."  Pretty standard stuff, actually.  Not exactly risible; the usual Presidential "holier than thou" posturing against furriners, in other words.  And all this in response to a question about what it would take to get us to do what some people in Syria have been asking us to do for a year or more now:  get involved in Syria.

Well, now that the red line has been crossed, Obama has stepped in it.  Why?  Because he didn't strike a year ago (apparently that would have been okay; or better; and wouldn't have needed Congressional approval.  Or he would have gotten it then, but not now, because a year ago Americans weren't tired of war, like we are now.  What a difference a year makes.).  Or he didn't just strike and tell Congress later.  To be fair, that one has faded as it has become apparent just how much opposition this idea has in the American public.  Only a tiny minority seem to think John McCain has the right idea, and none of those people seem to live in Arizona.  Maybe that minority needs to secede and start its own nation of "Bombthehellouttaeverybody-istan."  Because clearly their needs are not being met by this country.

So Obama screwed up by mentioning a "red line," if he didn't mean to just send in the Navy the day after the news reports came out of Syria, or if he didn't mean to bomb Syria a year before he mentioned the "red line," (because he has the Presidential Time Machine, too); or at the very time he mentioned a "red line" ("And by the way, our cruise missiles just struck Syria because a year from now they're going to use those weapons, and I'm gonna get tangled up in discussions about whether or not I should strike Syria, or should have struck Syria, and fuck all that!") or because he asked Congress to approve this military action.  Have I got that right?

None of this comes without context, in other words.  The narrative now says Obama screwed the pooch, but that's apparent only in the interpretation given to events right now.  Maybe the screw up is just because John Kerry has turned into such a warrior for this attack.

Kerry has proclaimed doom upon Syria in the most apocalyptic terms possible; and other Administration officials have tried to mention the dead children as often as possible, for obvious reasons.  Kerry has all but cried crocodile tears for civilization if we won't venture into the Syrian heart of darkness and pull it out without bare hands and eat it raw without even spitting it and turning it over a fire.  All of which is to say:  he hasn't helped matters much.

Listen to Obama, however, and he's cool and rational, as ever.  This is not a bad public posture for a President contemplating a military assault on another country, an act of war even though Syria doesn't want to go to war with us (hence the alacrity with which Syria accepted Kerry's "offer.").  An offer we are now told is tricky because how can we be sure Syria gives up all its chemical weapons?  About as well as we can be sure we bombed them all (sorry, "struck" them all) out of existence.  We can't know, unless Syria never uses them again.  Which would kinda be the point, wouldn't it?

But where were we?  Oh, yes: Obama painted himself into a corner because he made a remark he didn't mean to make (except he now seems to say he did) because when Syria gassed some people Obama had to say "Enough is enough," because everybody else was saying it.

Except, of course, they weren't.

The civil war in Syria has been a debacle for some time now.  Syrians have begged and pleaded with the world (i.e., Europe and America; what troops is New Zealand gonna send in?) to intervene, and everyone has acted as if they were deaf and blind.  Then came the chemical attacks, and tout le monde demanded something be done about this outrage, and all eyes turned to America.

Except, again:  not how I remember it.

Obama raised it as something up with which we will not put.  And all of Europe said:  fine.  You fight it.  Or, rather, Europe said:  "Er, sorry; busy right now.  Ring back later.  Much later!"   England tried to rally 'round, but the people of England said "Hell no!"  France decided this was their fight, but so far, that's been it.  Ban ki-moon is now talking of putting pressure on Russia and China, but that's because a diplomatic solution might be possible, and UN backing of such a solution would serve all interests.  But nobody really decided this was the last straw, except President Obama.

Who had to because everybody remembered what he said a year ago.  Or, more likely, because he thought it was the right thing to do.  Not that he was right about that, but the narrative says he was shamed into it because, well:  it fits the narrative.

Know what else fits the narrative?  That Kerry told the BBC Syria could get out from under this problem by surrendering their chemical weapons.  They won't do it, he said; but that'd be a way out.

Funny thing:  Sen. Joe Manchin said he would support a threat of military force unless Syria signed onto the chemical weapons ban and stopped using chemical weapons.  He said that last Friday, before Kerry made his "gaffe."  Syria responded affirmatively to that, too, although it was no more than a news report.   And all of this is part of the context of Kerry's "goof," which may not have been a goof at all.  It may have been the way these things are worked out; and only later does history simplify it to a series of inevitable events with only one possible outcome.  Perhaps Kerry misspoke; perhaps Kerry intended to send a message.

This story is still happening.  As Rachel Maddow said last night, it is changing so fast that an interview with President Obama by NBC was already out of date by the time Rachel aired a portion of it later that day.  This story is also still being told in terms of D.C. politics.  The diplomatic solution offers Obama an opportunity to "climb down" and "save face."  Which means Obama dodged a bullet.

Or maybe it means the system, such as it is, actually worked.  Maybe the Rube Goldbergian system that we think in retrospect runs like a well-maintained Rolls Royce and in present time doesn't run at all, works pretty much this way.  Maybe the crisis isn't a crisis, and maybe by November we'll have forgotten Syria is even at war.

In the end, everybody has a narrative:

But much of the howling had more to do with the fact that the capital had been all riled up to make some war, and then the president took a walk on the lawn with his chief of staff and decided that he would consult with the Congress. This is of a piece with his entire presidency, another example of his stubborn -- and endlessly futile -- belief that there is an opposition with whom he can bargain in anything resembling good faith. It just so happens that, in this instance, seeking congressional approval also conforms more closely to the Constitution than would his simply launching Tomahawks into Syria on his own. The capital responded in many cases as though the president had abdicated his fundamental responsibilities rather than fulfilled them, which he did, at least in part, and in a perfect demonstration of his conception of the office. The Gut is left behind in the green room, shouting its impotence at John McCain. Meanwhile, policy, or something like it, gets made.

I don't happen to agree with Mr. Pierce that the Constitution has a unitary meaning which use and custom cannot alter.  The right to privacy upon which Roe v. Wade is predicated (and even there the right to privacy that extends to protect the right to abortion is "penumbral," in the words of the Court) rests upon us all agreeing it is so, and as long as some people insist it isn't, or shouldn't be (and so clinics should be picketed or legally vetoed, and doctors should be shot), it never will be "what the Constitution says."  Since all of Washington and every Congress since Truman has agreed the POTUS can engage in "police actions" or fight wars based on resolutions and not declarations, what the Constitution's words say are beside the point:  we've all agreed on what it means.

But I digress:  here Mr. Pierce starts with an encomium on the President, but can't resist the narrative of his own:  that Obama engages in a "stubborn...and endlessly futile...belief" that bargains can always be struck.  Which has bugger all to do with the current situation, a situation which now rests on the ability to strike a bargain with an implacable enemy little more rational than Louie Gohmert or Ted Cruz.  But Mr. Pierce shoehorns his narrative into current events.  Ironically, and despite Mr. Pierce's criticisms and worst fears, the system may yet work.

That the system is a Rube Goldberg mechanism awful in its confounding inability to show its work, is a feature, not a bug.  IMHO.  Dese are de conditions dat prevail.

Mr. Pierce and I agree that "the Gut" is highly overrated.  We don't agree that the system is no system at all, and it's a wonder tall trees ain't layin' down.  So be it.  Still, I won't be surprised if in November we wonder what all that fuss was about back in September.

If we even remember in November what we were so worried about in September.  Unless, as is likely, we're hearing how Obama orchestrated events in Syria to keep Congress too busy to defund Obamacare.