Do you know what I know? 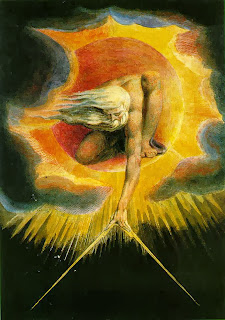 I know this is an issue of "who speaks for atheists," but this atheist sure seems to think he knows what atheists are all about:

We atheists like to chastise the religious for their child-like belief in an imaginary friend, but, equally, the time has come for the atheist movement to grow up.
....
The atheist movement comprises more than 2,000 groups and organizations in the U.S. today, but the movement, in composition and purpose, has failed to establish a coherent cause outside of validating non-belief and offering platitudes towards protecting the separation of church and state.


This is where I want to stop and point out that Barry Lynn is a UCC pastor.

Atheists like to talk about building a better world, one that is absent of religiosity in the public square, but where are the atheist groups on helping tackle the single biggest tear in the fabric of our society — wealth disparity?
....
Christopher Hitchens wrote that the intellectual advantage of atheism is its ability to reject unprovable assertions on face value. It’s why we don’t believe in the supernatural.

If your idea of a better world is complete removal of religion from the public square, I'd say your motivating desire is anti-religious.  Which is just kinda pitiful.

I want to be perfectly fair to my source material, so I am using complete quotes.  Clearly the thesis at the source is not a defense of atheism, it is a challenge to people who identify with this brand of thinking.  It's a challenge I by and large appreciate, especially as the argument ends with the idea of making common cause with politically liberal Christians (and liberal Christians, and conservative Christians who take the teachings about the poor more seriously than the most public face of Christianity in America does; but the article doesn't get there).  But the presumptions made at the root of this argument is that atheism is about being anti-religious; and while there are plenty of believers whose belief is based on being set apart from non-believers, or believers who don't believe just as they do; that's still a pretty sad way to go through life.

And the first atheist who can establish by empirical evidence  (as Hitchens reportedly asserted, no unprovable assertions!) that he/she loves his/her wife, husband, spouse, POSSLQ, significant other, life partner, daughter, son, brother, sister, father, or mother, they will win a divinely inspired No-Prize from me.

Empirical evidence, mind.  And if you think such a requirement is frivolous, that the nature of reality or God or human credulity is far more important, then I truly feel sorry for you.

Adding:  is it really impossible to think that people don't have to be just like you?  These things that pass for knowledge I don't understand....