What it is ain't exactly clear.... 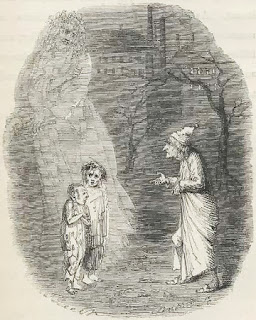 But the day after Christmas:  back on the streets!

Maybe it is bold; but I'm wondering what the hell is going on:


I submit that the great challenge of our generation is America’s growing crisis of stagnation and sclerosis — a crisis that comes down to a shortage of opportunities.

This opportunity crisis presents itself in three principal ways:

immobility among the poor, trapped in poverty;

insecurity in the middle class, where families just can’t seem to get ahead;

and cronyist privilege at the top, where political and economic elites unfairly profit at everyone else’s expense.

The Republican party should tackle these three crises head on.

First, we need a new, comprehensive anti-poverty, upward-mobility agenda designed not simply to help people in poverty, but to help and empower them to get out.

Here, my home state of Utah can be a guide. A recent study found the Salt Lake City metropolitan area to be the most upwardly mobile region in the United States.

In addition to a well-managed, limited government where jobs and opportunity abound, Utah is home to an enormously successful private welfare system led by churches, businesses, and community groups and volunteers.

We understand that, as it is lived in America, freedom doesn’t mean you’re on your own. Freedom means we’re all in this together.

This agenda must include but also transcend welfare reform. Additionally, we need to reform education, housing, immigration, health care, and our criminal-justice and prison systems.
This new agenda must recognize that work for able-bodied adults is not a necessary evil, but an essential pathway to personal happiness and prosperity.

And it should also force Republicans and Democrats to acknowledge that there is another marriage debate in this country — one concerning fatherless children, economic inequality, and broken communities — that deserves as much public attention as the other.


It's not that I agree with Mike Lee, so much as I wonder what happened to the Tea Party approved line of "Blow you, Jack!  I got mine!"?  As well as "Poverty sucks because you're a lazy moocher, that's why!" and "Besides, we're broke, and it's all your fault!"

Has the economy improved?  Have the winds shifted around to the east?   Is the moon in the 7th house?  The caterwauling about Obamacare is still centered on the middle-class and working class (but mostly the former) who are "losing" their insurance in favor of much better coverage.  Nobody is talking about the poor who can't get a Medicaid expansion in about 26 states, and can't get health care because so many of the working poor live in Texas, where we'd gladly sell 'em a rat's asshole as a wedding ring.

This is not, in other words, a wonderful breakthrough whereupon a new Great Society can be erected; but it's such a radical shift it might as well be.  What's making these Republicans like BFF-of-Ted-Cruz Mike Lee suddenly decide the poor are worthy or our attention instead of our contempt?  Did he catch it from John Kasich?  Is there something in the air?  Or the water?  When did the poor people stop being leaches on the body societal and become members of society deserving of our help?

And is this going to last until Christmas?

Adding:  via NTodd, maybe this is what's happening:

Almost overnight, the Tea Party has become toxic. Where Republicans were once afraid of crossing the movement, they are now fearful of being identified with it. This shift could be seen in the Reid-McConnell vote, when several Republicans defied the Tea Party and Washington groups to support the bill. They included Senators Jerry Moran—a member of the Tea Party caucus—and Jeff Flake, who won office last year with generous contributions from the Club for Growth. In the House, seven members of the Tea Party caucus supported the bill, as did a Club for Growth favorite, Tom Cotton from Arkansas. These votes were cracks in what had previously been a united front.