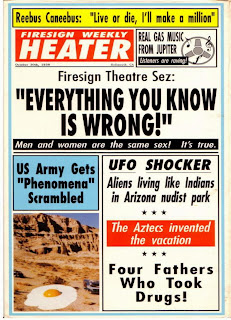 The story heard 'round the internet:*

The Marine Corps is contemplating a uniform change that would create a unisex service cap. The Marines are also exploring whether to have women use a slightly modified version of the hat used by male Marines instead of the distinctive “bucket cap” they now wear.   If the unisex design is chosen it would be the first change to that part of the Marine uniform since 1922.

“We are looking for a new cover for our female Marines for one overriding reason: The former manufacturer went out of business. … The Marine Corps has zero intention of changing the male cover.”


*ABCNews has it on their blog; FoxNews has it on their website (and news reports).  The New York Post actually thinks their story is "exclusive."  And Obama has nothing to do with it.  Except it's probably his fault because he wouldn't defund Obamacare.