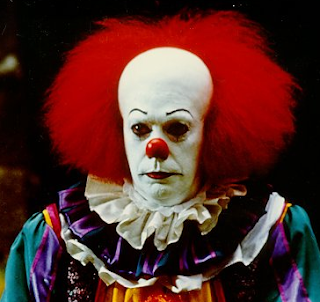 Until re-districting, John Culberson represented my district.  I even met him, once.  He's no smarter than this in real life:

Who’s responsible for this shutdown? How did we get here?
Normally the democratic process requires negotiation and compromise. And House Republicans have now sent over – oh my gosh, what? – three or four different versions, trying to get the Senate and the White House to even talk to us or compromise, make an effort to negotiate. And we get nothing. There’s no interest, nor response, in even negotiating. But he’ll negotiate with the lunatic dictator of Iran, the psycho in Syria, and the – you know, terrorists anywhere. But he won’t negotiate with democratically-elected representatives in the United States Congress. It I think is self-evident. I think the answer to your question is self-evident.

We move four times, he moved zero, makes no effort to talk to Speaker Boehner, but he talks to the psychopath in charge of Tehran, who is building a nuclear weapon for the specific purpose of annihilating Israel, and driv[ing] them into the sea. I think the facts speak for themselves.


Bask in that a moment.  The Democrats in the Senate are offering a CR at funding levels equivalent to those required under the Ryan budget, a budget so draconian even the House wouldn't vote to put it into law when the time came.  The GOP demand now is to delay Obamacare because they can't defund it or repeal it.  As Wonkette puts it, if you're negotiating a house purchase, the terms are not Culberson can burn it with a flamethrower, and negotiation allows him to only burn the garage, or maybe just the roof.

And, of course, the Tea Party ran in 2010 on the explicit premise of shutting down the government.  Now that they've caught the car, the dogs don't know what to do with it, so they want to blame the car.

So what is the mindset then that leads the president to make these decisions you’re talking about?
Well, you’ll have to ask him that. I don’t understand – it’s inconceivable to me that the elected President of the United States, and the elected leader of the Senate would not speak to the elected leader of the House of Representatives, when we’ve made multiple offers, each one different, in an effort to find common ground.

And so the phone call, for example, that took place between the President and Speaker Boehner recently – what is the inadequacy there? Is it about the frequency of the conversation, or the length of the conversation, or the content?
You’re I know working real hard to write this story as favorably as you can obviously for the Democrats. But these are inescapable facts. The Democrats will not appoint conference committee members. They will not negotiate. Harry Reid and the White House have both said repeatedly they’re not going to negotiate. How is that leadership in a democratic republic – a constitutional republic, excuse me. How is that honoring their oath of office?


Read that over as many times as you like, it doesn't get any more intelligible.  When the President talked to John Boehner, it didn't count because of the conference committee the House refused to set up for the last 8 months but now wants to use to negotiate the end of Obamacare, or at least burning the roof off of it, because:  compromise!  Negotiations!  Argle-bargle!

There's some more fine frontier gibberish along that line, and then the rousing defense of the free market, sung in the key of C:

So do you want to repeal the Affordable Care Act though, or not?
It needs to be repealed and replaced to give the, to give American consumers the freedom to buy policies across state lines, to allow small employers to pool together to strengthen their negotiating power so they have the same leverage that a big employer like ExxonMobil does, to get better rates. And we need to get the federal government the heck out of healthcare. It’s none of their business, it’s not in the Constitution, and it’s a violation of our most sacred right as Americans to be left alone.


Except allowing insurance policies to be purchased across state lines would require the intervention of the Federal government.  And that "Right to be Left Alone" extends to abortions, among other things.  And not everyone works for an employer who's gonna pool their negotiating power, and besides, in the real world, that just doesn't work too damned well (personal experience).

There's more, but I've probably quoted too much already.  By the way, in case you're wondering, Rep. Culberson says Medicare has been the law for decades and nothing needs to happen to that and besides it's totally irrelevant to the question of the federal government getting involved in the healthcare of non-seniors who PAID FOR THAT PROGRAM AND DESERVE IT BECAUSE WITHOUT THEM WE'D ALL BE GODLESS COMMIES NOW AND GOD BLESS AMERICA!!!!, or something, I blacked out somewhere in that soup of words because my brain kept insisting words mean things and Rep. Culberson kept insisting they didn't....

Well, okay, one more quote, then I really have to stop.  Rep. Culberson's answer to how to "fix" Medicare:

Again – I know you have to go in a minute, but what kind of fix do you want to see to Medicare?
We want to prevent it from going bankrupt. It’s going bankrupt rapidly. As it is – as is Social Security. Our – fundamentally, Texans want to be left alone. It’s a fundamental right of all Americans to be left alone. Leave us alone. We want the government out of our lives, out of our pockets, out of our business, stay out of my church, away from my kids, my synagogue, and it’s not complicated. I mean I was sent here by my constituents to represent them, and I’m doing it in a way they have – the way they expect of me.

Well; I guess he could be Marlin Stutzman.

Remember:  it's a representative government.