Once more, with feeling.... 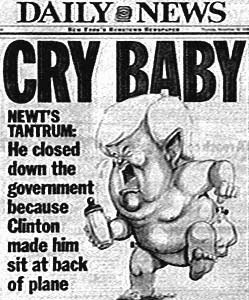 I'm also kind of curious about all the conventional wisdom that says the GOP will win back the Senate and maintain control of the House because gerrymandering and Tea Party and off-year elections.

Granted, this was not an off year election, but in 2012 the Democrats picked up two seats in the Senate and 8 in the House (I thought gerrymandered districts and control of state legislatures meant only the GOP could gain House seats?  No?  Oh, well....).  Moreover everybody knows Barack Obama is a Black Muslim Socialist Kenyan from another planet who hates white people and that Mitch McConnell has the power to limit him to one term by refusing to let anything be done (which, as Rachel Maddow pointed out last night, is pretty much what the GOP has managed to do since 2010.  Congress was actually very productive for two years, and then the Tea Party righteously revolted against the Kenyan usurper), and still Obama pulled off a trick only Dwight Eisenhower had done before him, of getting over 51% of the Presidential popular vote two elections in a row.

And now the GOP has gleefully shut down the government:


Something tells me Marsha Blackburn is wrong and the people are going to notice the government is closed.  Especially if this lasts three weeks, as it did last time.  IIRC, that's the Congressional election the GOP lost, which loss they capped by impeaching Clinton.  And if anything rendered Bill Clinton invisible and bulletproof, it was his impeachment trial in the Senate.  If you strike at a king, you'd better kill him.

So, aside from the fact 2.1 million people are currently not getting paid in this economy (which is no small matter indeed), or that people not on Social Security won't get their government aid (but then, they aren't retired white people in wheelchairs going to national monuments, so screw 'em) this will probably work out well for Democrats and those who support them.  It may even translate into favorable election results in 2014 (Gingrich shut down the government in '95-'96, and suffered losses at the polls in '98).

If John Boehner gets primaried for being a lousy speaker and loses that primary (and yes, his only reason to face that problem is to do the right thing as the third most powerful office in the government, which is hardly what passes for enligthened self-interest these days, but still) , the victor of that fight might well be the next Christine O'Donnell; in which case the Tea Party will have even less clout than before, and things might start to approach "rational" in the House as well as the Senate (where McConnell could face the same fate, and Kentucky sends a Democrat to the Senate).  Rand Paul is already trying to sound more rational than Ted Cruz (he needs to work on it, though).

Pee Ess:  Just heard Hans Van Spakovsky and Rich Galen on BBC World News talk about how Americans hate Obamacare (because socialism, of course) and that the GOP actually won in the last government shutdown  (even though Gingrich resigned in disgrace and Democrats picked up seats in an off-year election).   Galen offered that if the GOP wins the Senate in 2014 they could make life miserable for Obama for two years, constantly sending him bills repealing Obamacare (because that's all anybody will want Congress to do, and the Dems won't be able to filibuster, and besides, it could happen!).   I entertained myself with this delusional thinking by imagining what color the sky was on their planet, and replacing "Obamacare" with "Medicare" in Galen's final fantasy.

Gotta do something for entertainment these days....