More posts about numbers and food 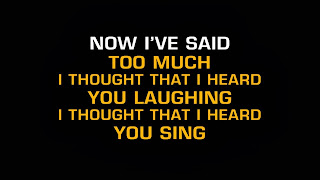 You know how to sing, don't you?

As we have learned since Abu Ghraib, the more religious an American, the more in favor of torture.

That comment was followed by a link which, as (almost) usual, undermined the very sentiment it was meant to confirm.

This is the link.

This is what is said at the link:


Amid intense public debate over the use of torture against suspected terrorists, an analysis by the Pew Research Center’s Forum on Religion & Public Life of a new survey by the Pew Research Center for the People & the Press illustrates differences in the views of four major religious traditions in the U.S. about whether torture of suspected terrorists can be justified. Differences in opinion on this issue also are apparent based on frequency of attendance at religious services.

This is the caveat that immediately follows that paragraph, at the link:

However, statistical analysis that simultaneously examines correlations between views on torture, partisanship, ideology and demographic variables (including religion, education, race, etc.) finds that party and ideology are much better predictors of views on torture than are religion and most other demographic factors (See “The Torture Debate: A Closer Look“). Of course, religion itself is known to be a strong factor shaping individuals’ partisanship and political ideology. Attitudes about torture are likely to reflect both moral judgments and political considerations – both of which may be formed in part by religious convictions – about circumstances under which torture may be justified.

And the data at the link shows that 31% of white mainline Protestants oppose torture under all circumstances.  That is the highest percentage of persons in any one category in the study.  Unaffililated religious persons are the next highest category, at 26%.  White evangelical Protestants are the lowest percentage of those who oppose torture under all circumstances, at only 16%.  They also have the highest percentage who won't answer that question, at 5%.  Only 1% of white mainline Protestants declined to answer that question.

Of the total US population, to put those numbers in perspective, 25% disapprove of torture under all circumstances, and 4% refuse to answer or "don't know."

Now, is that because of religion, or because of culture, or even because of political affiliation?  Correlation, of course, is not causation.  Start there, and see where you end up.

To the point of the original comment:  are white evangelical Protestants "more religious" than white mainline Protestants, unaffiliated, or non-Hispanic Catholics?  Having known a far share from each group, I'd never make a blanket judgment like that.  It is more likely that WEP's are more likely to favor "law and order" than to be "more religious" than any other group of believers.

One the one hand, since this survey involves one question and only 742 respondents, it could be completely meaningless.  On the other hand, what it does not show at all, is a causal connection between religious belief and support for torture.  I'm not sure it even shows a correlation.  I will admit I'm not terribly surprised by the percentages; but to me that indicates more that we have a problem about the general understanding of torture, than of how we understand our religious beliefs and obligations.

And there's the problem; and the point:  how we understand our religious beliefs and obligations is inchoate; it is unknowable, even by us.  The more we reduce it to numbers, the further we get from understanding it.  I appreciate the use of sociological data.  I learned to use it in seminary. But it is not a substitute for reality.  It isn't even a mirror.  At best it is a prism, a way of seeing the components of what seems at first to be a singularity.  When we start saying "People who are 'religious' act this way," it's little different from saying people who are black or Jewish act this way:

What are we going to negotiate about? I would say "Listen, you see that desert out there, I want to show you something." … You pick up your cell phone and you call somewhere in Nebraska and you say, "OK let it go." And so there’s an atomic weapon, goes over ballistic missiles, the middle of the desert, that doesn’t hurt a soul. Maybe a couple of rattlesnakes, and scorpions, or whatever. Then you say, "See! The next one is in the middle of Tehran. So, we mean business. You want to be wiped out? Go ahead and take a tough position and continue with your nuclear development. You want to be peaceful? Just reverse it all, and we will guarantee you that you can have a nuclear power plant for electricity purposes, energy purposes."

That Adelson's Jewish isn't really relevant to that quote.  What's relevant is that he's an idiot.  And his comment highlights a distinction we make but never speak of:  Adelson is never described as "religious."  I can't think of a Jew who is.  Nor are Muslims, for that matter.  "Religious" invariably means "Christian," and almost always means "conservative" or "fundamentalist" Christian.  Sam Harris tried to insist that's all "Christian" could mean, and while his reasoning was inane, it might as well be conventional wisdom.  Even the poll above limited itself to Protestants and Catholics, and at that only "white" Protestants and Catholics.  No Hispanics, African-Americans, Korean Americans, Chinese Americans, or even Orthodox Christians, were considered.  Do we ever consider Orthodox Christians?  And yet I know of several Orthodox, as well as Catholic, as well as Protestant, churches within driving distance of me right now.

In fact, as I said of Harris once:

By the way, on p. 85, Harris asserts that all adherents to Islam are dangerous, crazy, and violent. His support for this sweeping generalization that encompasses over 1 billion people? I will quote his explanation: "Muslims are utterly deranged by their religious faith."* The emphasis is in the original. Reflect on the fact that, were this statement made about Jews, or African Americans, or even Asians or Mexicans, he would be vilified as a racist. The difference here is...?

*No, the Muslims still aren't religious; their faith is.  Faith (a poorly defined concept that usually means "believin' what ain't so") can be "religious."  When people are, they are always "Christian."