Hallowe'en with The Family* 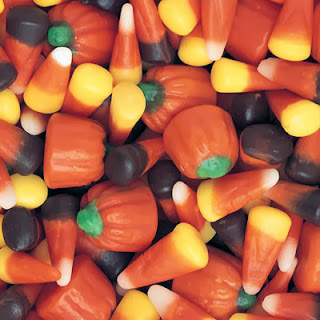 Not poisoned candy; the author's favorite Hallowe'en candy.  Go find your own poison.


What does Orson Welles have to do with poisoned Hallowe'en candy?

Quite a lot, actually.

While newspapers made Oct. 30, 1938, a memorable night in the history of the United States, in reality it was a normal fall Sunday evening throughout North America. Four days after its initial, sensational report, the Washington Post published a letter from one reader who walked down F Street during the broadcast. He noticed “nothing approximating mass hysteria.” “In many stores radios were going, yet I observed nothing whatsoever of the absurd supposed ‘terror of the populace.’ There was none,” the reader reported. The Chicago Tribune made no mention of frightened mobs taking to the Windy City’s streets.


In the following years, stories began surfacing of children victimized by poisoned candy handed out as a Halloween treat. A few days before Halloween 1970, The New York Times published an article alerting readers to the alarming fact that incidents involving poisoning of treats had been growing rapidly over the past five years and specifying some of the potential dangers: “That plump red apple . . . may have a razor blade hidden inside . . . the bubble gum may be sprinkled with lye, the popcorn balls may be coated with camphor, the candy may turn out to be packets containing sleeping pills.” Newspapers and magazines began routinely warning parents to be on the lookout for deadly dangers lurking in the Halloween booty. In an effort to stem the apparent epidemic, cities passed laws criminalizing candy tampering, schools began training students in candy inspection, and some communities even tried to ban trick-or-treating. Parents started clamping down to shield their children from abusive strangers and questionable treats. By the early 1980s, it was widely accepted as a fact of life that at Halloween, random crazy strangers would attempt to poison little children with razor-blade-studded apples and tainted candy.


None of those stories, in either case, were true.

*Bradbury's "Family."  A much more interesting gathering than you're used to.