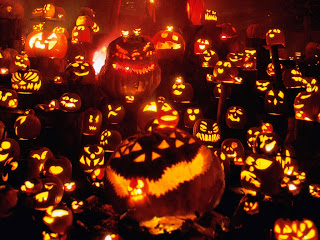 Admittedly I'm tracking this rather minutely, but pay attention to the rhetoric.  Congress is charged with the power of the purse; that's why the government is shut down.  Until Congress authorizes payments, the U.S. cannot make payments.  However, the matter of U.S. debt is a bit more Constitutionally anchored; perhaps.


"[Treasury Secretary Jack Lew] should be giving assurances rather than hyping danger," said [Sen. Jeff] Sessions. "What role is he fulfilling here, trying to enhance the economic position of the United States, or the president's political position? I think Mr. Lew and the president need to watch their rhetoric. They absolutely have the money to pay the debt first. The Constitution requires it, as I read it. I do think the president should be assuring the world that the bond-holders will be getting their payment, instead of saying otherwise. In the long run, getting this country on a sound financial path is the best thing for America's financial position in the world."

Notice how the Constitutional burden to pay the debts of the U.S. is shifted to the President there, through the Secretary of the Treasury?  First, the money is there:  "They absolutely have the money to pay the debt first."  Then, the responsibility is there:  "The Constitution requires it, as I read it."  And, of course, the mindless idea that so long as the President speaks soothing words, no one will worry about getting their debts repaid by the full faith and credit of the United States.  A full faith and credit which has traditionally rested on the backing of the Congress, but is now being shifted to the actions and even the words of the POTUS and the Secretary of the Treasury.

Whom the GOP would dearly love to cast loose.  If the default deadline is passed (and it may well be because, as some GOP office holders tell Weigel, who knows when the deadline really is?), look to the House and the Senate GOP to blame Obama, and begin talk of impeachment for violating this Constitutional principle they've just found, and just decided to hang around the President's neck.  Because Treasury has the money; they just aren't spending it as they should.  Never mind the analogies to paying your mortgage but not paying your utilities bills; or the more apt comparison to business, which may have cash reserves but borrows money for operating expenses and business operations.  No business, no household, runs on a purely cash basis, but the GOP in D.C. seems more and more to think the U.S. government can be run that way.

The only comforting option here is enough sensible GOP House members join the Democratic minority and Boehner allows an up or down vote on the debt ceiling, which comes to the Senate in a way that it can't be filibustered.

Too many moving parts there to be comforting, though.

This crisis isn't over.  It hasn't even started yet.

Be afraid.  Be very afraid.

Addendum:  And if you think what Sen. Sessions said isn't daft enough:

“We always have enough money to pay our debt service,” said [Sen. Richard] Burr [R-North Carolina], who pointed to a stream of tax revenue flowing into the Treasury as he shrugged off fears of a cascading financial crisis. “You’ve had the federal government out of work for close to two weeks; that’s about $24 billion a month. Every month, you have enough saved in salaries alone that you’re covering three-fifths, four-fifths of the total debt service, about $35 billion a month. That’s manageable for some time.”


Besides, you know, it's all about the spin:


“It really is irresponsible of the president to try to scare the markets,” said Senator Rand Paul, Republican of Kentucky. “If you don’t raise your debt ceiling, all you’re saying is, ‘We’re going to be balancing our budget.’ So if you put it in those terms, all these scary terms of, ‘Oh my goodness, the world’s going to end’ — if we balance the budget, the world’s going to end? Why don’t we spend what comes in?”

“If you propose it that way,” he said of not raising the debt limit, “the American public will say that sounds like a pretty reasonable idea.”

The turmoil created by the partial shutdown of the federal government has already sent investors fleeing from stocks to the safe harbor of Treasury bonds, long considered the safest investment on earth because the full faith and credit of the United States government has never been questioned. If that safe harbor is undermined, most economists have said loudly and repeatedly, the impact could be catastrophic.

Yeah, who needs 'em?!  Besides, the U.S. government is just like a large animal veterinary practice:

“Everybody talks about how destabilizing doing this will be on the markets,” [Rep. Ted Yoho, R-FL] said. “And you’ll see that initially, but heck, I’ve seen that in my business. When you go through that, and you address the problem and you address your creditors and say, ‘Listen, we’re going to pay you. We’re just not going to pay you today, but we’re going to pay you with interest, and we will pay everybody that’s due money’ — if you did that, the world would say America is finally addressing their problem.”

Think I'm gonna start burying my money in the back yard.....