I learn most from that which I disagree with.... 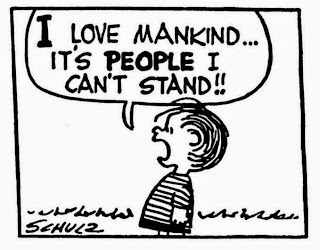 NTodd sends me this, for which I thank him.  I want to be sympathetic to its thesis, but I can't help but have another in mind.

For one thing, there is an essential tension in the story of Abraham on Moria which this new version wants to remove.  Abraham heard two voices:  one human, one divine?  And that teaches us that:

Rev. Ateek said, “The Bible is not a seamless work, people who wrote it were living at different times, with different theologies. It is a spiritual enterprise, we have a conversation inside the text, it is multi-vocal.  Let us enter into the conversation; which are the true voices of God, which are the voices of tribalism, nationalism? No one comes to the text without their preconceptions. Our values are inclusivity; all God’s children are worthy of dignity and rights. That is going to affect how we read the text, we should be unabashed about that.” This way of reading the Bible struck me as very sympathetic with the central tenets of Quaker faith.

Well, scripture is a human product; it is for us, after all, not for God.  Rather like a funeral is for the living, not for the dead.  I'm always amused by people who tell me what they want at their funeral.  I refrain from reminding them they won't be there to make demands, and the funeral isn't for them, anyway.  They'll be long past caring.  Scripture, likewise, is for the living, and for the humans that read it.  But does that mean we can discern the "true voices of God" by turning the thorniest of Biblical passages into simple lessons from pop psychology (because the idea that an "abusive father" would lead one to be a cruel father is a rather simplistic one).  Likewise, I'm not entirely impressed with this assertion:

Rev. Ateek and Rabbi Rosen were modeling engaging in the kind of dialogue that can bring us closer to hearing that voice, a voice of truth that calls us to understand that we are one.

Yes, but one what?  One with my vision?  Or yours?  One with the Society of Friends?  Or the Southern Baptists?  Don't get me wrong, I'm not unalterably opposed to the concept.  The motto of the United Church of Christ, after all, is:  "That they may all be one."  But what unity are we talking about?

The mindset or belief that only certain people are worthy of compassion and empathy underlies so much oppression in the world.

Yes, it does; and sadly, that is the thinking that usually unifies us.  Some people are deserving of our charity; but able bodied men, especially, never are.  Children?  To a degree, and depending on their age (and even more so on gender).  The elderly?  Again, to a degree, and depending on their health, their ability to take care of themselves.  Gone are the days when "elderly" equates with "infirm, invalid, incapacitated."  I expect to see our charitable impulse toward the elderly change as more and more people look less and less "old".  It's funny to watch episodes of "The Twilight Zone" from the '60's when the "elderly" are portrayed as grey and lined and tired, at the age of 60.  Perhaps that was a true reflection of "old age" 50 years ago, but it isn't anymore.  We are already beginning to rethink "elderly" and we may seek a new unity on just who we mean by such adjectives.

I'm all for a dialogue that can bring us closer to hearing the voice of God.  But I won't engage a dialogue that starts with gutting the concept of God and replacing it with a simplistic model of "love and compassion," a model that doesn't recognize the awful (as in full of awe, the original meaning of the word) strangeness of the compassion of God, and doesn't take the story of Abraham and Isaac as central to the fact that our relationship to God is, and should be, a struggle; not a comforting affirmation.  I have problems with the story of Abraham, Isaac, and Moriah; but I want to have those problems.  I see that as the genius (again, in the 19th century meaning of the word) of the scriptures; especially this scripture.

I've found the first place I have to start in a conversation with people, is leaving them as they are, and not expecting them to come any closer to me.  That is the beginning of the struggle to listen to the "true voice of God."  It is also the beginning of the struggle to be, myself, worthy of compassion and empathy.  Lastly, but perhaps most importantly, the struggle to understand I am not God, and God is not me, is reflected in the problems raised by the story of the akedeh.  If I am called to be in relationship with God, perhaps I am called to understand that relationship in terms other than the ones currently in vogue.

As for redeeming the Bible:  that's another issue, and an important one.  We have taken the Bible out of its context and used it for purposes it was never meant to fulfill.  We have abused it, misused it, misappropriated it, ignored it, mined it for support for our own predilections, and generally misapplied its lessons.  But that would be another conversation.