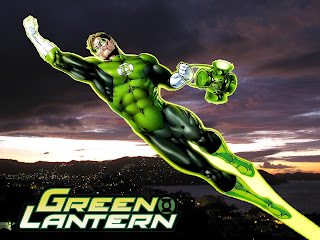 It's not about the will to power; it's about the magic ring of power

The problem with Mutually Assured Destruction is that you can only use it once, and you can't even really bluff with it.  You either mean it, or you don't; but if you pull that trigger, not only can you never pull it again, you can never do anything again.

The GOP has all but approved raising the debt ceiling before the October 17 deadline.  If the GOP had refused to raise the debt ceiling, it would have been a financial nuclear holocaust, and they would have been exposed for the nihilists and maniacs that they are. They also would have lost the only bargaining chip they had, or didn't have; it was never clear which they thought it was.  They can play the government shutdown card more than once (Newt did it twice to Clinton).  But they can only force a default once; and then the game is over.

Their backers, like the Koch brothers, finally made them realize that; so the GOP blinked.

The GOP has tacitly acknowledged they have nothing to bargain with.  They can't keep the government closed forever.  The shutdown is going to start hurting more and more constituents, and band-aid appropriations won't fix that.  Remember this is the House that passed the Ryan budget, then balked at actually putting its strictures into effect.  It was too restrictive even for the current House GOP.  Sooner or later (too much later, in fact) the House is going to have to buckle.  They have no choice.

But what choice did they have, when even the Koch brothers began to realize what a government default would mean?  And what leverage do they have now?  If they can't make Boehner force a default, and they can't hold their breath until they turn blue (the government can't stay closed until November 2014), what now?

I think they just found the limits of their power.*  How long it will take them to realize that, is another question.  All they can do with it, however, is continue to fleece the rubes.  Oh, and inflict a lot of pain on the rest of us.


*Update: And it is clear Obama understands that.