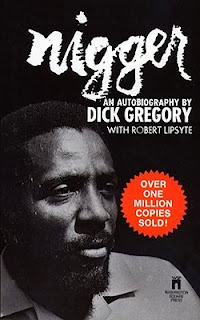 He can use it for his autobiography.  White men can't use it for theirs.  Deal with it.


I grew up with a grandfather who freely used the "N-word."  He was the kindest, gentlest, most patient man I ever knew, and I loved him dearly.  I don't like to think of him as a racist for using that word; but he was a racist.

Not because he beat black people, or spit on them, or wanted them to remain ignorant and impoverished and poor; but because he was taught to think of them as, well, as "n-words".  (No, I won't use it; even in a discussion of it.)

Racism is not personal animus.  It can be; but it can also simply be cultural.  And words are cultural.

Words are not our own.  They are not our possessions, our treasures, our personal communication devices.  They are the common store which allow us to communicate with each other.  Words exist between us, not within us.  How many people in these comments would use "spic," "wop," "kike," "hebe," "beaner," "wetback," or demand the freedom to use them?  No?  How about "Chink" for Chinese, or "Slant eyes" for Japanese?  Not interested?

But we must be free to freely discuss the "N-word"?  Why?

I presume most of the people making comments at Salon are younger than me.  People my age and older, who still remember the free use of the N-word, who remember Dick Gregory's autobiography which he dedicated to his mother, saying in the dedication that whenever she heard that word being used, now she could think of it as advertising his book, don't argue for the return of the free use of that word.  Most of the people arguing for the use of the "n-word" in those comments make the Harry Potter argument:  that using it robs it of its power, just like saying the name "Voldemort."

Except, of course, in the final book, where using the word "Voldemort" marks Harry, and reveals him.

J.K. Rowling was right in the context of her fictional world.  Not naming Voldemort gave him power over others; but not using an offensive racial term, a term explicitly in and of itself racist, is not to reduce your power, to limit your self-expression, to crook your knee to the "powers" of "political correctness."

To not use it is to not engage in a system of racial abuse and racism that dominated this country's culture from the days of Christopher Columbus and the first treatment of the natives here as slaves.  This is an old, deep wound, and we don't expose it when we declare our "right" to use the "n-word" without resort to euphemism.  We hide it even deeper, refusing to take responsibility for our complicity in that system which started long before we were born, but which created the culture and the world we benefited from at birth, and still benefit from today.

I still love my grandfather, though he's been gone for several decades now.  He wasn't responsible for the culture he grew up in.  He was a good man, despite his failings. I have my own failings, and I hope only to be as good a man as he was.  But I don't want to carry on that culture, even in its vocabulary, even in one arrangement of letters, one string of phonemes.   I remember that world too vividly.  I was, for a time, glad it had been all but erased, glad it was so unlikely to go on, or worse, to return.  Now I see it will be a long time yet before shed that skin; and even when we finally do, we'll still be a snake.

These things will not change easily.