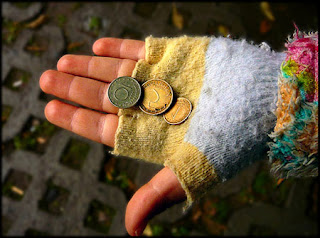 Brother, can you spare a paradigm?

Start with the headline:


Uh, no. Here's the first giveaway:


However, he discovered other factors predicted a greater likelihood of telling an untruth—including the assertion that religion plays an important role in your life.


And here's the second:

“We find that sex, age, grade point average, student debt, size of return, socioeconomic status, and average time spent in religious observation are not related to the decision to lie,” Childs writes in the journal Economics Letters.


Or it may be the religion isn't that important in their lives, they just think they should say so.  Or it may be what's important in their lives is attending worship services and other church functions, but not really anything to do with being "religious" such as all that "virtuous" stuff.  Oh, except they're convinced they are virtuous, even when they aren't.  Ordinary Christians, in other words (it's harsh and excessive to call 'em "hypocrites."  Let he who is without sin....)

So at most what you have, assuming (perhaps wrongly!) that the majority of these self-identifying "religious" students who are slightly more likely to be dishonest about money probably think Paul said "the excessive love of money is the root of all evil."

I guess that means I'm prone to cheat in financial transactions, too.  Or maybe I would be, if I self-reported that "religion plays an important part" in my life.  In my experience, that phrase can cover anything form the life of a monk to a regular churchgoer who'd steal the pennies of a dead man's eyes, given the chance.


*Nope.  Jesus meant a sewing needle, though probably something far larger than we imagine today; still far too small for a camel to squeeze through.  Humor doesn't age well, or cross cultures all that readily.