A mind is a terrible thing to waste.... 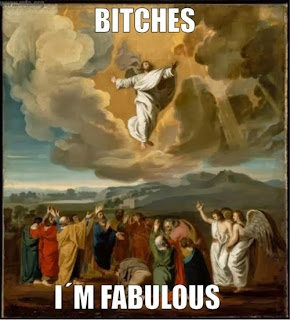 Because I can; and because:  Yup!

TC has pointed out the major problem with Amanda Marcotte's piece on religion and the GOP; but there are other problems as well.

Somebody needs to tell Amanda Marcotte.

Ted Cruz said 8 crazy things to the Values Voters; not one of them involved religion in any way.  Rand Paul, not an especially religious person himself, did try to invoke Christian persecution.  But Rand Paul didn’t run on religion, either.  He’s looking for a scare tactic that will connect him with the Religious Right, but that’s just to broaden his base of support beyond his father’s libertarian fringe.

Yes, Michelle Bachmann said Obamacare is a sign of the end times predicted (she thinks) by the Revelation to John, but Michelle Bachmann is a lame duck and she’s always saying insane things like that.  The fact is she’s no more influential in the Congress than Ellis Washington (quick:  tell me who he is.  No Googling!), the Christian News Network (what channel is that on your cable/satellite?  Do you know?  Do you care?), Tony Perkins (is he still alive?), or Christianity.com (Christianity is a business?).

You can find these people on the fringes of cable TV or the even weirder fringes of the internet; but that doesn’t make them influential.  Tom Coburn of Oklahoma gets a lot of TV time; name one Senate committee he chairs, or even sits on.  Name one piece of legislation he’s responsible for.  Name what faction of the Senate he speaks for.

Ted Cruz is giving John Boehner fits (and the rest of the GOP), and yet I’ve never heard him so much as mention the word “Jesus.”  Paul Ryan ran afoul of even the U.S. Conference of Bishops for his budget plan, but he’s still a Tea Party darling (so far).  If he’s getting steamrolled in the current shutdown/default discussions, it’s the Tea Party, not the religious right, that’s getting schooled.    The concerns of the Tea Party are the concerns of true believers in government as they see it, not in a religious vision of government as the bearer of the Mark of the Beast.   The comments of GOP Tea Party adherents are not that the End Times are upon us, but that government, specifically Obamacare, will destroy life as we know it.  In fact, you can’t slip a piece of paper between Ted Cruz on Obamacare and Ronald Reagan on Medicare back in 1961.   And Reagan was so areligious he barely attended church while in the White House; but none of his supporters ever cared.  He certainly didn’t object to Medicare on grounds it was against God’s word.

Marcotte, in other words, is trying to build bricks without straw.  And the most telling sentence in her amazingly popular (at least at Salon) is the final one:


Being able to blow past all the advice of experts just to make stuff up you want to believe isn’t a quality that is unique to fundamentalists, but as these budget negotiations are making clear, they do have a uniquely strong ability to lie to themselves about what is and isn’t a real danger to themselves and to the world.

No kidding?  I suppose there is no irony intended in that sentence, but does Marcotte understand fundamentalists are not limited to those who hold religious beliefs?