Not with a bang, but a gridlock

Do you miss the federal government now?

Political ranting and raving aside, the question is:  are we now facing the inevitable end of our Constitutional system?

In a famous 1990 essay, [Spanish political scientist Juan] Linz observed, “All such systems are based on dual democratic legitimacy: No democratic principle exists to resolve disputes between the executive and the legislature about which of the two actually represents the will of the people.” Presidential systems veered ultimately toward collapse everywhere they were tried, as legislators and executives vied for supremacy. There was only one notable exception: the United States of America.

Linz attributed our puzzling, anomalous stability to “the uniquely diffuse character of American political parties.” The Republicans had loads of moderates, and conservative whites in the South still clung to the Democratic Party. At the time he wrote that, the two parties were already sorting themselves into more ideologically pure versions, leaving us where we stand today: with one racially and economically polyglot party of center-left technocracy and one ethnically homogenous reactionary party. The latter is currently attempting to impose its program by threat upon the former. The events in Washington have given us a peek into the Linzian nightmare.

It is entirely possible the GOP is simply the last gasp of white numerical superiority, an angry backlash against a browner and browner nation (and planet).  But does that mean they will finally go gentle into that good night?  Or will they burn down the world if they can't have it their way?

Is it even possible to avoid this destruction.  Chait quotes Linz:

“There is no democratic principle on the basis of which it can be resolved, and the mechanisms the Constitution might provide are likely to prove too complicated and aridly legalistic to be of much force in the eyes of the electorate.”

Is this true?  Is this where we wind up?   Turning and turning in the widening gyre, where the falcon cannot hear the falconer, and things fall apart because the center cannot hold?

Texas Monthly has floated the idea that Wendy Davis is going to be good for the Texas GOP because she will lose (we'll see), but she may do well enough to schock the state party out of complacency.  More likely is it will shock the party into being even more conservative, because obviously a REAL conservative is the only thing that appeals to REAL Americans (or Texans).  Texas Monthly, like most media outlets, is generally more moderate than the Tea Party, and still has visions of it fading away and the GOP coming to its senses.

Yeah, I don't see that happening, either.

Dave Weigel argues that 30 Tea Party members aren't running the House, the GOP majority is.  His argument is not entirely convincing*, but if it is true (which seems more likely than not), it may be Linz was right too, and our Constitutional system has run its course. 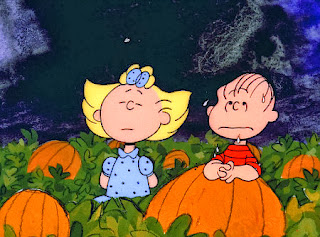 *even if it's not the Party leadership but outside groups, is there a difference when the party effectively supports the actions of the vocal minority?