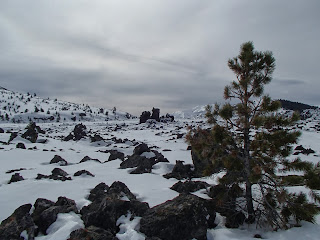 Down the valley of Shadow...

Since I commented on this before, I'll do it one more time:

Rachel Maddow pointed out that the veterans overran the World War II memorial, which she thought was charming, and that politicians then got in the way and tried to take credit for it.

Except that's not quite the story told by the Stars and Stripes reporter who was there:

As Rep. Steve King, R-Iowa, distracted a Park Police representative, other lawmakers and their staff helped topple the metal fences. A bagpiper on hand for the event led the men past the crowd and into the heart of the memorial, attracting a large, applauding crowd.

Except, again, the politicians weren't really in charge:

Several Republican lawmakers were on hand to greet the Mississippi Honor Flight veterans at the memorial on Tuesday and nodded thoughtfully as the greatest generation representatives voiced their displeasure at being turned away from their own memorial.

So Rachel was closer to right than not.  Of course, she's absolutely right that the politicians decided to grandstand the issue, and that's where things got downright silly, as Rand Paul went right over the cliff with it:

"Some idiot in the government sent goons out there to set up barricades so they couldn't see the monument," Paul told host Sean Hannity. "People had to spend hours setting up barricades where there are never barricades, to prevent people from seeing the World War II monument, because they're trying to play a charade."

For those of you paying attention, unpaid Park Police (who may not get paid when this is over) are now "goons."   Oh, he also said Obama sent more guards to this monument than to Benghazi because, why not?

Of course Ted Cruz and the RNC have had to chime in, lest this be left to Louie Gohmert and Michelle Bachman.

All of this arose because private groups arrange tours of Washington, D.C. for WWII veterans.  My father went on one such tour recently, and I'm glad these other veterans are getting to go (there aren't many left), and I'd be very sorry if they couldn't get into this memorial, having planned their trip well in advance.

Of course, I'm also sorry for the people on WIC who won't be buying any fresh food for their children anytime soon, but old men in wheelchairs make better photos than little kids eating apples instead of sipping 10% fruit juice apple-flavored drinks.

And what is that private company saying about this heinous situation which should bring shame to all Democrats in D.C.?

“The Park Service they have been so compassionate, they have done everything they could,” Miller said, as quoted by the Washington Post. He added that the service “bent over backwards” to ensure that veterans were not dealt any additional inconveniences.

Tea party lawmakers like Reps. Michele Bachmann (R-MN) and Louie Gohmert (R-TX) joined the veterans at the memorial on Wednesday, something that Miller suggested was unnecessary.

“We don’t need representatives, senators anybody here,” Miller told the Post. "We will be allowed to move the gate if there’s no one here and our veterans [can] go in.”

Marsha Blackburn was laughing about how no one would notice the federal government was closed.  After all, what does the Park Service do, anyway?


In central Idaho, a 63-year-old hiker went missing the Craters of the Moon National Monument and Preserve after the U.S. National Parks Service was forced to send home its 16 staff employees on furlough. With the assistance of family and locals, staff members at the site are continuing their search for Jo Elliott-Blakeslee, but now that the government has scaled back personnel in rescue agencies and park staff, the search is far more difficult. Some say chances are now slim to none.

“It’s pretty much just park staff that are continuing the search,” Craters staff member Ted Stout told KBOI News. “But we’re also faced with the government shutdown … we’ve been busy with that.”
Federal law, meanwhile, forbids government workers on furlough to even volunteer for their jobs — even in moments of crisis such as the search for Elliot-Blakeslee.


I understand from NPR this afternoon that Park Service employees are being allowed to search as volunteers which, given the rough terrain of the park and the harsh weather conditions (they've already had snow, and 60 mph winds), is the only hope the family has.  I'm sure this family hasn't noticed at all that the federal government is closed for business.

And, of course, because it will help so much:

House Oversight Committee Chairman Darrell Issa (R-CA) announced Wednesday afternoon that his panel is also investigating why the World War II Memorial and other monuments were shut down, according to National Review.

And thus we come full circle....