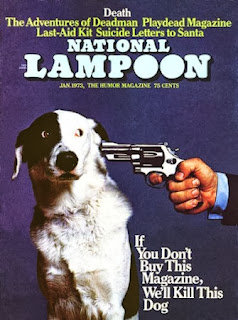 This time we'll do it!

Susan Page pushed me over the edge this morning.

If I hear one more person say President Obama didn't build enough "personal relationships" in Congress and that's why he had this last crisis on his hands, I'm gonna take a hostage.

Who was he supposed to have a relationship with?  John Boehner, who as Speaker doesn't even speak for his GOP majority in the House?  Eric Cantor?  Louie Gohmert, who accuses Obama of being a secret Muslim?  Michelle Bachmann, who thinks Obamacare is a sign of the Apocalypse?  Ted Cruz, who thinks he's God's gift to the country and its new Messiah; the man in charge of the House GOP and the most arrogant person in the Senate?

And Obama doesn't have enough Democrats on his side, isn't friendly enough with enough of them?  When the Democrats, for maybe the first time in my lifetime, voted as one in both the House and the Senate?

I gotta turn the radio off....