What you heard was not what I meant... 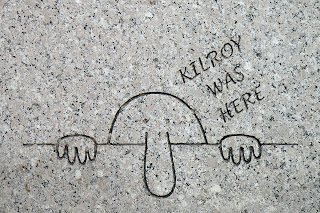 And besides, I was never there....

Interestingly it seems to have "happened" mostly on blogs, but Rep. Randy Neugebauer publicly apologized for berating the Park Ranger at the WWII memorial.  It seems, as I suspected, that such antics don't go over well:

“You are a jerk. Attack a park ranger for carrying out what congress caused.”

“Worthless waste of life! You and all of you that shut the gov't down. How can live with yourself? You still get paid and all of us are out of work! Selfish idiot! I hope you die in a fire!”

“Congressman Neugebauer, instead of harrassing a Park Ranger for doing her job, you should admit your responsibility for contributing to tourists being shut out of our national parks. Stop trying to put a Band-aid on the problem with mediocre piecemeal legislation. Pass a budget that re-opens the government fully and address your Obamacare concerns after the fact. Do not hold the American people as hostages to your ideology. What you did today to that ranger was cowardly and rude. You owe her an apology.”

“I'm sorry to have to say this mister, but you are an embarrassment to our country. Your attempt to "shame" a park ranger doing her job as a public servant - something you apparently know little about - was disgusting.”

“The interesting thing to me, is that when actually confronted by someone willing to stand up and speak his mind, the Congressman Randy Neugebauer ran away.”

Granted, those are Facebook comments, so they could have come from anywhere in the world, and none could be Rep. Neugebauer's constituents.   There are, however, over 5000 comments on the Oct. 2 Facebook post  (I'm not on Facebook, I can't link more accurately than that) where Rep. Neugebauer brags about opening the monument to veterans; most seem to be in this vein.  It's a wise man who assume people bothering to seek him out on Facebook are constituents, not citizens of Russia.  It's not too much of a stretch to realize what the something was that made him write a letter of apology.  I don't think it was just the realization that he was a jerk.

"He did not," Sessions spokeswoman Torrie Miller told the Huffington Post Thursday. "I think it was made clear yesterday from Jay Carney that the exchange you are referring to did not happen."

Don't take our word for it!  Even the White House says it ain't so!

Is it?  I have no way of knowing.  But even in blood-red Texas, from a man who's been in office since 1996 (and is my age; ye gods, what assholes we Baby Boomers have turned out to be!) and is still touting Benghazi! Benghazi! BENGHAZI! on his webpage, wishes to disassociate himself from the alleged remarks.  Sessions represents Dallas, so let's put this in context:

If it happened, it is reminiscent of the famous infamous incident in 1962 when Ted Dealey, the publisher of the Dallas Morning News, at a meeting of newspaper industry leaders at the White House, told John F. Kennedy to his face to “get off Carolyn’s tricycle” and lead the country. That incivility in the White House made headlines around the country, and would be brought up again and again after the assassination as proof of the dangerous currents alive in Dallas that became encapsulated in the tag “City of Hate.” 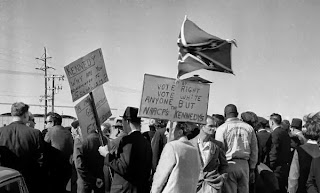 Old times there are not forgotten....

Sessions' spokesperson denied the incident.  Sessions wasn't quite that flat about it:

Sessions denies the alleged insult when speaking with reporters on Thursday, saying anyone who may have been within earshot is lying, and anyone who taped the conversation broke protocol. He assures reporters that he “made no public statement in that way,” and that he has “no reason to believe” he made a private statement, either. One reporter presses Sessions, saying his comments don’t sound like an absolute denial.

“No, no that’s -- it’s an absolute denial,” Sessions replies.

The personal is political, but when the political gets too personal, nobody wants to be tagged with paternity.