The Tinpot Dictator Strides onto the Balcony 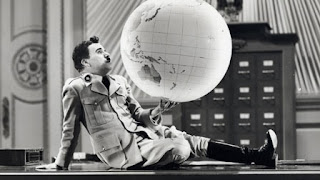 The firing of Yates represents a spectacular example of Trump lashing out at a person who has dared to assert a moral vision that conflicts with his squalid and fearful worldview. The move looks all the more gratuitous and petty given that Yates was imminently on her way out the door anyway: As a holdover from the Obama administration, she took the job of acting attorney general on an interim basis while Trump’s pick for the permanent position, Alabama Sen. Jeff Sessions, went through the Senate confirmation process.


But then Trump gave me more reason than ever to support any Democratic Senator who refuses to vote for Jeff Sessions:

Ms. Yates is an Obama Administration appointee who is weak on borders and very weak on illegal immigration.

It is time to get serious about protecting our country. Calling for tougher vetting for individuals travelling from seven dangerous places is not extreme. It is reasonable and necessary to protect our country.

Tonight, President Trump relieved Ms. Yates of her duties and subsequently named Dana Boente, U.S. Attorney for the Eastern District of Virginia, to serve as Acting Attorney General until Senator Jeff Sessions is finally confirmed by the Senate, where he is being wrongly held up by Democrat [sic] senators for strictly political reasons

“I am honored to serve President Trump in this role until Senator Sessions is confirmed. I will defend and enforce the laws of our country to ensure that our people and our nation are protected,” said Dana Boente, Acting Attorney General.

Ms. Yates may be "weak on borders and very weak on illegal immigration (which this executive order has nothing to do with), but she's strong on professional ethics, a concept that would die of thirst crossing the desert of the President's thought process.

Calling for "tougher vetting" is one thing; creating chaos with a directive that scares even David Frum for its authoritarianism is another.

And Jeff Sessions is "being wrongly held up by Democrat [sic. dog whistle!  Drink!] senators for strictly political reasons"?  These guys really don't know where they are, do they?

And Dana Boente, I've never heard of you before, but forever after may history know you as Robert Bork, Jr.

[SEN. JEFF SESSIONS, R-AL]: You have to watch out because people will be asking you to do things you just need to say “no” about. Do you think the Attorney General has the responsibility to say no to the President if he asks for something that’s improper? A lot of people have defended the [Loretta] Lynch nomination, for example, by saying, “Well [Obama] appoints somebody who’s going to execute his views. What’s wrong with that?” But if the views the president wants to execute are unlawful, should the Attorney General or the Deputy Attorney General say no?

[SALLY] YATES: Senator, I believe the Attorney General or the Deputy Attorney General has an obligation to follow the law and the Constitution, and to give their independent legal advice to the president.

But when the POTUS is a Republican?

On January 27, 2017, the President signed an Executive Order regarding immigrants and refugees from certain Muslim-majority countries. The order has now been challenged in a number of jurisdictions. As the Acting Attorney General, it is my ultimate responsibility to determine the position of the Department of Justice in these actions.

My role is different from that of the Office of Legal Counsel (OLC), which, through administrations of both parties, has reviewed Executive Orders for form and legality before they are issued. OLC’s review is limited to the narrow question of whether, in OLC’s view, a proposed Executive Order is lawful on its face and properly drafted. Its review does not take account of statements made by an administration or it surrogates close in time to the issuance of an Executive Order that may bear on the order’s purpose. And importantly, it does not address whether any policy choice embodied in an Executive Order is wise or just.

Similarly, in litigation, DOJ Civil Division lawyers are charged with advancing reasonable legal arguments that can be made supporting an Executive Order. But my role as leader of this institution is different and broader. My responsibility is to ensure that the position of the Department of Justice is not only legally defensible, but is informed by our best view of what the law is after consideration of all the facts. In addition, I am responsible for ensuring that the positions we take in court remain consistent with this institution’s solemn obligation to always seek justice and stand for what is right. At present, I am not convinced that the defense of the Executive Order is consistent with these responsibilities nor am I convinced that the Executive Order is lawful.

Consequently, for as long as I am the Acting Attorney General, the Department of Justice will not present arguments in defense of the Executive Order, unless and until I become convinced that it is appropriate to do so.


Compare and contrast with the statement coming out of the White House.   And Dana Boente is still Robert Bork's water boy.