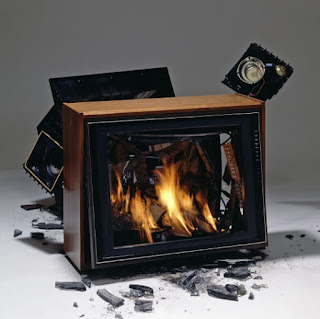 The broader power struggles within the Trump operation have touched everything from the new administration’s communications shop to the expansive role of the president’s son-in-law to the formation of Trump’s political organization. At the center, as always, is Trump himself, whose ascent to the White House seems to have only heightened his acute sensitivity to criticism.

This account of Trump’s tumultuous first days in office comes from interviews with nearly a dozen senior White House officials and other Trump advisers and confidants, some of whom spoke on the condition of anonymity to describe private conversations and moments.

By most standards, Spicer’s statement Saturday did not go well. He appeared tired and nervous in an ill-fitting gray pinstripe suit. He publicly gave faulty facts and figures — which he said were provided to him by the Presidential Inaugural Committee — that prompted a new round of media scrutiny.

Many critics thought Spicer went too far and compromised his integrity. But in Trump’s mind, Spicer’s attack on the news media was not forceful enough. The president was also bothered that the spokesman read, at times haltingly, from a printed statement.

Trump has been resentful, even furious, at what he views as the media’s failure to reflect the magnitude of his achievements, and he feels demoralized that the public’s perception of his presidency so far does not necessarily align with his own sense of accomplishment.

President Donald Trump told Capitol Hill leaders Monday evening that he lost the popular vote because 3 million to 5 million “illegals” voted for Democrat Hillary Clinton, according to three sources in both parties familiar with the meeting.

Trump has repeatedly claimed that he lost the popular vote in November’s election because of voter fraud. There is no evidence of this, and none that millions of undocumented immigrants voted for Clinton. It’s a fixation for Trump, who won the election because of Electoral College votes, but has had trouble accepting that Clinton won the popular vote by more than 2.8 million.

“I don’t think he was joking,” said one person familiar with what happened in the meeting. “He spent 10 minutes on his win and said he won the popular vote, except 3 to 5 million illegals voted for” Clinton.

This was Trump’s first official meeting with congressional leaders since being sworn in as president on Friday.


As Josh Marshall points out:  three days in, there sure is a lot of leaking going on:

There is, to put it mildly, a rather clearly recurring theme: a torqued up man-child, alternatively rageful and fragile, both grandiose and profoundly insecure. To a degree it is difficult to maintain perspective since the contrast between the departed and incoming Presidents could simply not be any greater - either in the composure and steadiness of the man in question or in his associates' willingness to share his secrets with the press. Would it even be possible to mount a leak investigation when everyone seems to be leaking?


And if you really want to feel badly, pay attention to this from Politico:

First, his team will be very combative, even when the facts are not on their side, trusting that their political base dislikes the news media and will believe them no matter what. Sometimes, they are likely to muddy the water or throw a hand grenade into a political debate just to change the headlines.


First:  how soon do we hear that the President just needs have a drink with Sen. McConnell?  Second:  Do they understand his "base" is 37% or so, and shrinking?

And second, when Trump grows angry, he will usually want the strongest response possible, unless he is told no, and that he will often govern or make decisions based off news coverage.

"Most of the people around him are new to him. One of the things they don't understand about him is he likes pushback. They are not giving him the pushback he needs when he's giving advice. He's a strong guy. He's intimidating to a lot of people," said Christopher Ruddy, a Trump friend who talks to him often and is the CEO of Newsmax. "If he doesn't have people who can tell him no, this is not going to go very well."