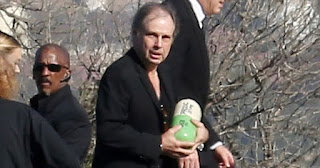 So, what Trump said:

I had a constructive meeting and conversation with the leaders of the Intelligence Community this afternoon. I have tremendous respect for the work and service done by the men and women of this community to our great nation.

While Russia, China, other countries, outside groups and people are consistently trying to break through the cyber infrastructure of our governmental institutions, businesses and organizations including the Democrat National Committee, there was absolutely no effect on the outcome of the election including the fact that there was no tampering whatsoever with voting machines. There were attempts to hack the Republican National Committee, but the RNC had strong hacking defenses and the hackers were unsuccessful.

Whether it is our government, organizations, associations or businesses we need to aggressively combat and stop cyberattacks. I will appoint a team to give me a plan within 90 days of taking office. The methods, tools and tactics we use to keep America safe should not be a public discussion that will benefit those who seek to do us harm. Two weeks from today I will take the oath of office and America’s safety and security will be my number one priority.


Which is NOT what Julian Assange has been saying.  But note, too, it's not what the publicly released report said, either:


U.S. intelligence officials released the 25-page public version of the report Friday, after they briefed President-elect Donald Trump and top lawmakers on Capitol Hill from a longer, classified version.

The report says Russian efforts to influence the 2016 presidential election represent the most recent expression of Moscow's long-standing desire to undermine the U.S.-led liberal democratic order. It says the scope of Russia's activities was significantly larger compared with previous operations.


This is an excerpt from the public report:

We assess with high confidence that Russian President Vladimir Putin ordered an influence campaign in 2016 aimed at the US presidential election, the consistent goals of which were to undermine public faith in the US democratic process, denigrate Secretary Clinton, and harm her electability and potential presidency. We further assess Putin and the Russian Government developed a clear preference for President-elect Trump. When it appeared to Moscow that Secretary Clinton was likely to win the election, the Russian influence campaign then focused on undermining her expected presidency.

It doesn't say they wanted Trump to win; but it does say they were glad he did.

There's the simple fact that just two weeks before a new President is sworn into office, the country's intelligence agencies are publicly releasing a report claiming that the United States' great 20th century rival, Russia, conspired to assist in that new President's election. Step back and just absorb that. That is simply mind-boggling. Who could have imagined such a thing, such a confluence of events - the original act, the IC's claims - would ever happen. Here's the report.

[* ed.note: There's nothing crazy about being skeptical or disbelieving intelligence analyses. What's clear in this case is that if there are good reasons for skepticism, they have nothing to do with why Trump insists it's not true.]

If democracy starts to die in America at this point, it will be because we didn't take this foreign threat to our government seriously enough.   Which the report also has something to say about:

We assess Moscow will apply lessons learned from its campaign aimed at the US presidential election to future influence efforts in the United States and worldwide, including against US allies and their election processes. We assess the Russian intelligence services would have seen their election influence campaign as at least a qualified success because of their perceived ability to impact public discussion.

Putin’s public views of the disclosures suggest the Kremlin and the intelligence services will continue to consider using cyber-enabled disclosure operations because of their belief that these can accomplish Russian goals relatively easily without significant damage to Russian interests.

Russia has sought to influence elections across Europe. We assess Russian intelligence services will continue to develop capabilities to provide Putin with options to use against the United States, judging from past practice and current efforts.  Immediately after Election Day, we assess Russian intelligence began a spearphishing campaign targeting US Government employees and individuals associated with US think tanks and NGOs in national security, defense, and foreign policy fields. This campaign could provide material for future influence efforts as well as foreign intelligence collection on the incoming administration’s goals and plans.

Because despite what Donald Trump thinks, it's not just about his election, or about American elections; it really is about national security, and the rest of the free world.  Because:

"This campaign could provide material for future influence efforts as well as foreign intelligence collection on the incoming administration's goals and plans," the report said.


Having a good relationship with Russia is a good thing, not a bad thing. Only "stupid" people, or fools, would think that it is bad! We.....
— Donald J. Trump (@realDonaldTrump) January 7, 2017


have enough problems around the world without yet another one. When I am President, Russia will respect us far more than they do now and....
— Donald J. Trump (@realDonaldTrump) January 7, 2017

both countries will, perhaps, work together to solve some of the many great and pressing problems and issues of the WORLD!
— Donald J. Trump (@realDonaldTrump) January 7, 2017

As Charlie Pierce put it:

The president-elect has to condemn this, openly and categorically. The Republican leadership in the Congress has to be right behind him while he does it. His transition team needs to release everything it knows about their end of this business, and they have to waive immunity and open themselves up to questioning by the special committee of the Congress that this information demands. If none of these things happen, then the transition team, the president-elect for which it works, and the congressional majorities that share its party affiliation have failed the country and have forfeited a good part of their political legitimacy.


I'm not holding my breath.


Only reason the hacking of the poorly defended DNC is discussed is that the loss by the Dems was so big that they are totally embarrassed!
— Donald J. Trump (@realDonaldTrump) January 7, 2017

So really, in two weeks, this completely becomes a non-issue; or a fight between the Senate and the White House.

(On the upside, it now takes Trump three tweets to express a complete thought.  Is our children learning?)