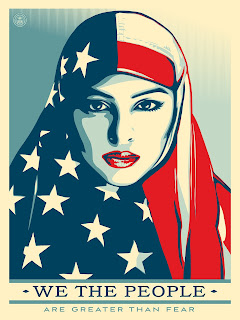 Howard Fineman  points out that Barack Obama was no LBJ, not even a Harry Truman.

But since Ike, who was?

Yes, I know, I'm dipping back before LBJ with that one.  But Kennedy came out of the Senate much as Obama did:  his campaign and his hagiography after his assassination, were all about Kennedy.  Kennedy was no more a "wheeler-dealer" than Obama was, and he didn't let LBJ do all that much for him.  LBJ was the last creature of an American politics that was dying when he took office.   He was almost an anachronism. Nixon was not a creature of the Senate or the House; Ford was, but what did that matter?  Carter?  A southern Governor.  Reagan?  Gov. of California.  GHWBush?  A Washington bureaucrat, hardly an LBJ legislative manipulator.  Clinton?  Another southern governor, like GWBush.

The creatures of DC in that time?  Al Gore, Dick Cheney, Donald Rumsfeld (no, never a POTUS or VPOTUS, but a creature of the DC bureaucracy).  And for Obama, it was Joe Biden.

Does anybody see Joe Biden as a better POTUS than Obama, as being more successful with Congress?  Biden tried to get the Congress to go along with some small measure of gun control after Newtown; how did that go, Howard?

Fineman draws the tightest noose around Obama's neck I've ever seen.  Most analyses blame the rise of the Tea Party on the economic collapse that occurred under Bush, and the ranting of Rick Santelli on CNBC.  And no small part of the organization of that "Tea Party" was owed to old Washington "insiders" who were hard-core conservatives in the GOP.  But according to Fineman, the Tea Party was completely grass roots, and completely Obama's fault:

Everything from the stimulus package to Obamacare was passed on straight party-line votes ― as though America ran on an English-style parliamentary system, rather than the cross-cutting give-and-take of a presidential and congressional one.

The result was the Tea Party explosion of 2010 and the diminishment of the Democratic Party ever since. He leaves behind a party weak, divided and confused at the end of his presidency. But he never really cared about the party. He was above all that.


He even dismisses, without mention, Mitch McConnell's infamous statement about making Obama a one-term President, or the vote of the GOP Caucus to defy Obama in all things.  Instead, yup, Obama's fault:

His response was to firebomb Congress from afar (“YOU have a drink with Mitch McConnell,” he said drily), and pressuring the only people he had the power to pressure, Democrats, via his foul-mouthed chief of staff, Rahm Emmanuel. He also relied on professional Democratic arm-twisters of a Congress that was, at the start of the Obama presidency, entirely in Democratic hands.

I think the Democratic Party is in transition because political parties in the U.S. are in transition.  Hillary Clinton relied on the party to put her into the White House, but the party didn't show up at the polling places:  people did.  The party, once upon a time, gave people a reason to vote; but that motivation has been diminishing for decades.  The GOP, in their desperation, turned to inflammatory tactics and bomb throwers like Newt Gingrich (who took up the mantle from Dick Nixon, and turned that practice into an art form).  That is what turned into the Tea Party (that "revolution" was hardly sui generis or the result of Barack Obama's "cool" v. Rick Santelli's spittle); that and the blatant racism the Tea Party functioned on (remember any of that, Howard?  Remember the pictures of Obama the "witch doctor" and Obama the Communist?  Remember any of that invective?  Birthers and the like?  Why does none of that play a part in your "analysis"?).

The GOP has been riding that tiger since Gingrich won the Speakership, and now they wait to find out whether or not the tiger is going to eat them.  Problem is, the tiger may eat the country, too.  No, Obama was not our "magical Negro" who was going to sagely save us from ourselves; and maybe he thought he would be.  Or maybe he really believed in the "audacity of hope" and the "fierce urgency of now".  Certainly having a drink with Mitch McConnell was never going to change the course of the nation.  And certainly Obama had, has, a tremendous ego; get into the Presidency, hell, get into public office, without it.

As for what Obama tried to do:

It was a clever, technocratic and political strategy, sold inside the Beltway by a new wave of policy nerds who could follow Obama’s strange mix of GOP theory (marketplaces) and LBJ-style government “progrums.” But the final result ignored two things: the GOP’s willingness to cut benefits and their furious opposition to any new taxes.


In other words, the GOP are nihilist bomb throwers who want government to do only what they want it to do, and will oppose all other attempts at representing any more than a vocal minority of the country (did Donald Trump win because of the vote, or because of the peculiarity of the Electoral College?  In what other democracy on the planet would the loser of the popular vote legitimately win the highest office in the land?).   Do I exaggerate?  Right on cue, Newt Gingrich offers this explanation of why Trump's plan to cut the number of federal employees by 20% is such a good idea: “all those bureaucrats overwhelmingly voted for Clinton. There won’t be any real cooperation until we change federal law so we can fire them.” Thanks, Obama!

Even the Dixiecrats were never so determined to see government fail as the Tea Party has been, were never so determined to destroy the Congress and shut down the U.S. government if they couldn't have their way in all things.  And yet this sea change in American governance, this near collapse of the entire "American experiment," is the fault of one man, because he was a "clever technocrat" who thought a bit too much of himself.