"We are trying to protect the future!" 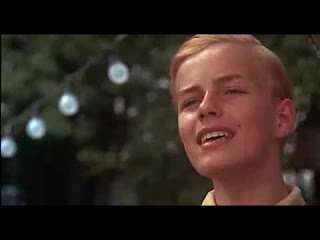 “This is not about religion ― this is about terror and keeping our country safe,” Trump said Sunday.


Sure it is.  As Domenic Montenaro originally pointed out, this executive order is not a "Muslim" ban, except when it is:

Upon the resumption of USRAP admissions, the Secretary of State, in consultation with the Secretary of Homeland Security, is further directed to make changes, to the extent permitted by law, to prioritize refugee claims made by individuals on the basis of religious-based persecution, provided that the religion of the individual is a minority religion in the individual's country of nationality. Where necessary and appropriate, the Secretaries of State and Homeland Security shall recommend legislation to the President that would assist with such prioritization.

All countries covered by this order are majority Muslim countries.  Clearly, refugee claims by Muslims will not be prioritized under this order, ever.  Which is also, clearly, a violation of the First Amendment.  It doesn't matter whether the refugees addressed by this order are U.S. citizens or within U.S. jurisdiction:  "Congress shall make no law respecting an establishment of religion, or prohibiting the free exercise thereof...."  Congress can't do it, the states can't do it (through the 14th Amendment), and the President can't do it.

But it's okay, because so far only 109 people have been affected (well, directly and critically, anyway), and bothering 109 people is a small price to pay to abandon Constitutional principles in the name of a danger that doesn't really exist: 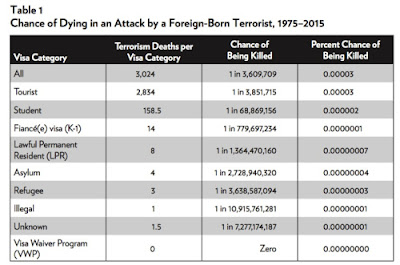 At least the future is protected; right?