Why investigate the "red" states? 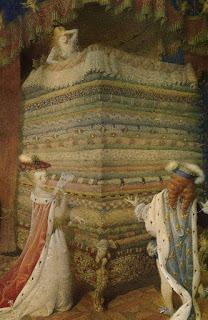 Just in case you thought Trump's investigation into "voter fraud" is not a matter of ego satisfaction, Sean Spicer wants to disabuse you of any such notion:

"There's a lot of states that we didn't compete in where that's not necessarily the case. You look at California and New York, we didn't look at those two states in particular," Spicer said. "I mean, as the president has noted before, he campaigned to win the electoral college, not the popular vote."

He said that Trump would have campaigned more in "big states, very populous states in urban areas" if he was trying to win the popular vote.

"But he played the game according to the rules of the game, which is electoral strategy," Spicer said. "That being said, I think when you look at where a lot of these issues could have occurred in bigger states, that's where I think we're going to look."

It's all about why Trump didn't win the popular vote, and why California and New York, at least, were involved in voter fraud.  Because, you know, "large urban areas" and all that.