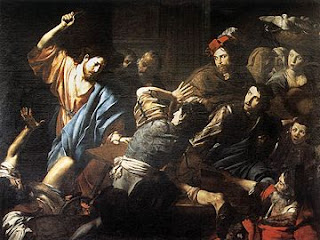 It was said, in Jerry Falwell's lifetime, that the Moral Majority was neither.

Now it can be equally said of the "Religious Right."  They have sold their heritage for a mess of pottage.  They don't care about Donald Trump's morality; all they care about is what he will do for their power.

Jesus had a lot to say about people like that; none of it was good.