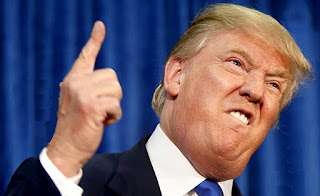 Yeah, how's that working out?

Rep. Todd Rokita, the vice chairman of the House Budget Committee, said he disagreed with analysis that repeal and replace had to be done simultaneously.

"I don't necessarily agree with that when there is a two-year transition to get off of this," Rokita told TPM. "Our job is going to have to be to decide what we are going to be replacing with and there are great plans out there already we just have to coalesce them into one package. The replacement has to come after the repeal from a process standpoint."

Rokita argued that President-elect Trump will have to go out and pressure Democrats to get on board.


The Democrats, lead by head clown Chuck Schumer, know how bad ObamaCare is and what a mess they are in. Instead of working to fix it, they..
— Donald J. Trump (@realDonaldTrump) January 5, 2017


...do the typical political thing and BLAME. The fact is ObamaCare was a lie from the beginning."Keep you doctor, keep your plan!" It is....
— Donald J. Trump (@realDonaldTrump) January 5, 2017


...time for Republicans & Democrats to get together and come up with a healthcare plan that really works - much less expensive & FAR BETTER!
— Donald J. Trump (@realDonaldTrump) January 5, 2017

The "bully pulpit" doesn't mean act like a bully and call it gospel preaching.  Besides, when has healthcare or health insurance been driven by "consumer choices"?  Do you dicker in the ER over what care you will get, and what the supplies will cost?  Is not a health insurance policy practically the textbook example of an adhesion contract?  You'd have an easier time negotiating your cable package.

It's possible that in order to repeal all the parts of Obamacare or replace it, Republicans in the Senate would have to override the parliamentarian. Brady wouldn't comment on if that was still a possibility, only adding that they are having "lots of discussions."

"The Senate really drives the reconciliation with the Byrd rules. The House will continue to advance major reforms. The Senate, with the rules, have a tougher challenge," Brady told TPM.

Rokita also wouldn't weigh in on whether the Senate should just jam through a fuller repeal and override the parliamentarian.

"That is a discussion for a different day," Rokita said.