The ACA is not "Obamacare" 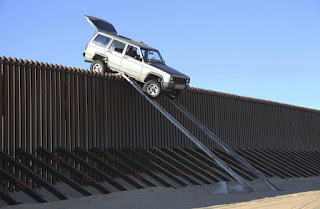 Turns out there already is a wall between the U.S. and Mexico.  No, it doesn't run the entire length of the U.S./Mexican border, and that's because of property ownership and geography.  There are mountain ranges along the border, from California to Texas.  There is marshland along the Rio Grande.  Places where construction of a "wall" or a "fence" just won't go; places we simply can't get to, without building the roads to get there first.  And that's just the tip of the iceberg.

And then there is property ownership.  Anybody else remember the fracas the Supreme Court ignited a few decades back when it ruled on an eminent domain issue?  Republicans remember, because right wingers were engaged about "taking" by the government.  So you do you build a wall or a fence across the entire border?  First, you'll have to take some property.  And now your construction costs don't just include the price of material and labor; now there's a political cost, as well.

The largest portion of the barricade that is open, is in Texas; and that's because of private property ownership.  Want to guess how popular condemnation of that land for a barricade is going to be in Texas?

Back to that distinction between "Fence" and "Wall."  The barricade (a neutral term) along the border is 22 feet high in some places.  It's not a "fence" like the hurricane fence in the backyard that barefoot kids can climb over.  It's not a wooden privacy fence.  It's a concrete and steel construct built to block vehicles from crashing through it.  Or it's a tall steel barrier running through the city of El Paso (I've seen it, from the highway).  It may not be the stone construct of the Great Wall of China, but then that didn't keep the barbarians out, either, so maybe that's not a good example.  We think of a wall as impervious, but is there such a thing? The outer wall of my house was penetrated by a truck going at rather low speed.  With higher speed and greater determination, that truck could have easily entered my house, yet my house is a set of walls.


Here's the "wall" in San Diego.  Should we extend it out to the international limit? 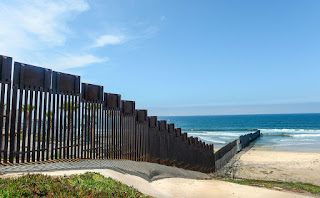 So what's the difference between a "wall" and a "fence"?  And does it matter?  Donald Trump has convinced us it does.  But why do we believe him?  He's never been to the border, he's never studied the geography or cultures of the border; he just says he's going to build a wall on the border.  And at some point, he'll tell us it was done, and it's beautiful!

Even though nothing is really going to happen.

So why do we believe him? 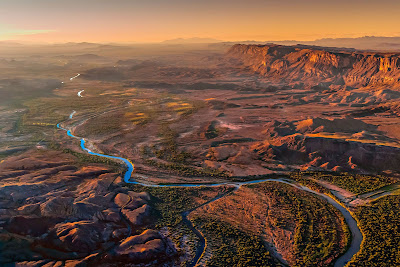