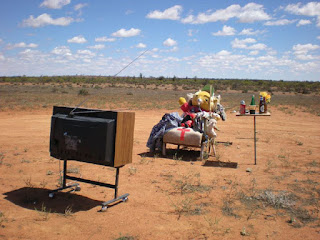 The cartoons before the election about Trump emblazoning his name on the front of the White House and painting the columns gold were funny.

The report was that Trump brought two candidates for his nomination to the Supreme Court to a reception in the White House, flew them in with their wives.  There were earlier reports that Trump was determined to keep his choice a secret until he announced it; and bringing two candidates was obviously part of that ploy.

So imagine being the guy flown to D.C. by the President just to be told you were the cover story to keep the choice a secret until the big reveal.  Imagine even going to D.C. knowing the other candidate was coming, too.  Or did they know?  Because frankly, if it was me, I'd have told the President "Thanks, but no thanks."  If you aren't the choice, why do you want to be the cat's paw?

It's disgusting and degrading and demeaning.  It is also pure Trump:  it's all about him, and we are all just pasteboard figures in his megalomania theater.

You need no more proof of that than the fact that Trump had to assemble White House staff to applaud him when he entered the room.  It isn't enough you are the President and everyone stands when you enter (yes, I've watched "The West Wing.").  You need applause, too.

What happens when Trump takes a shit?  Does he get a gold star?

I'm serious.  What kind of insecure, needy, narcissistic person needs people to applaud him whenever he is on camera to encourage him to speak to the nation?  He called this circus.  It's an unprecedented act to call for a prime-time TV spot so you can make a 5 minute announcement (which he stretched to 15).  And you can't do it without an audience and paid applause?

The worst part, the most disrespectful part, was parading both candidates into the White House in front of Congressional leaders.  I was truly surprised he didn't bring them both before the cameras before choosing one and sending the other home in shame.  But the need for applause, for approval, for approbation in something as simple as a cursory announcement of a Presidential prerogative:  this man as President of the United States is truly frightening.