It's not easy being Kellyanne 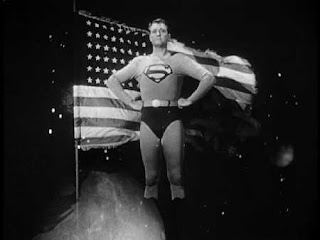 Strange visitor from a distant planet....

I went on three network Sunday shows. I spoke for 35 minutes on three network Sunday shows. You know what got picked? The fact that I said alternative facts, not the fact that I ripped a new one to some of those hosts for never covering the facts that matter to America's women, 16.1 million women in poverty as we sit there, the 12.4 million who have no health insurance. Everybody should feel outraged. The billions of dollars we have spent as a nation on public education, only to have millions of kids trapped in schools that fail them and never really promote and protect their intelligence and prepare them for the world that they all deserve. They shouldn't be restricted by the zip code where they live. They should be lifted up.

This has all been a colossus failure, and nobody wants to talk about that. They want to talk about it's always zing. It's always playing gotcha. There's no question that when you look at the contributions made by the media, money contributions, they went to Hillary Clinton. We have all the headlines, people should be embarrassed. Not one network person has been let go. Not one silly political analyst and pundit who talked smack all day long about Donald Trump has been let go. They are on panels every Sunday. They're on cable news every day. Who's the first editorial—the first blogger that will be left out that embarrassed his or her outlet? We know all their names.

I'm too polite to call them by name. But they know who they are, and they're all wondering, will I be the first to go? The election was three months ago. None of them have been let go. If this were a real business, if the mainstream media were a thriving private sector business that actually turn a profit, which is not true of many of our newspapers, Chris, 20 percent of the people would be gone. They embarrassed, they failed to protect their shareholders and their board members and their colleagues.

And yet we deal with him every single day. We turn the other cheek. If you are part of team Trump, you walk around with these gaping, seeping wounds every single day, and that's fine. I believe in a full and fair press. I'm here every Sunday morning. I haven't slept in a month. I believe in a full and fair press. But with the free press comes responsibility. And responsibility is to get the story right. Biased coverage is easy to detect. Incomplete coverage impossible to detect. That's my major grievance, is the media are not—they're not giving us complete coverage. President Trump has signed all these executive orders this week. He's met with these heads of states. He's done so many things to stimulate the economy, to boost wages, to create jobs. Where's the coverage?


I think that was my favorite line.  Like her boss, it's all about her.   Somehow.  Please to admire her wounds on the way out, won't you?  Truly she is a martyr for truth, justice, and the American Way.  And she meekly submits.  Surely she has carried our sorrows.

He was oppressed and He was afflicted,
Yet He did not open His mouth;
Like a lamb that is led to slaughter,
And like a sheep that is silent before its shearers,
So He did not open His mouth.
By oppression and judgment He was taken away;
And as for His generation, who considered
That He was cut off out of the land of the living
For the transgression of my people, to whom the stroke was due? (Isaiah 53:7-8)

Right?   Trump to a "T," isn't it?  And Kellyanne right beside him!  Why, she would never even name names.  She's too polite for that.  Demanding mass firings of people who didn't say or write nice things about her boss, however; well, that would just be human decency, wouldn't it?  That would simply be cosmic justice.  That would simply be protecting the bottom line.

But because that will never happen, Kellyanne Conway walks around with gaping, seeping wounds.  Besides, Trump has done so much to stimulate the economy, boost wages, create jobs, all within one week!  Where's the coverage?

Shares fell in Europe and Asia on Monday and the dollar dipped against the safe-haven yen after immigration curbs introduced by Donald Trump added an extra layer of uncertainty to the economic impact of the new U.S. president's policies.

Wall Street appeared headed for a weaker opening, with e-mini futures contracts on the S&P 500 down 0.3 percent.