Well, at least Madonna would do it with her own money 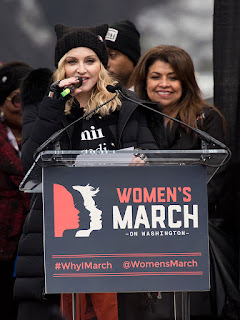 Kellyanne Conway, Counsel to the President:

“You have a very prominent singer who’s worth hundreds of millions of dollars not going over to a woman’s shelter here in D.C. to write a check, but instead saying that she thought of, quote, ‘burning down the White House,’” she said.

And, in fairness to Madonna:

However I want to clarify some very important things. I am not a violent person, I do not promote violence and it's important people hear and understand my speech in it's entirety rather than one phrase taken wildly out of context.


Damned lying media!  But I still think her charitable contributions are her own money....