Nothing but good times ahead! 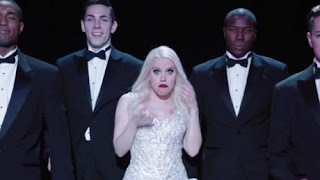 As soon as we learn to raise our hands and ask "Mother may I?"


“We certainly respect people’s First Amendment rights,” [Counselor to President Trump Kellyanne] Conway said. “But I frankly didn’t see the point. I mean, you have a day after he’s uplifting and unifying and you have folks here being on a diatribe where I think they could have requested a dialogue. Nobody called me and said, ‘Hey, could we have a dialogue?’”


Maybe we could talk about "alternative facts"?  Or why you think this is "uplifting and unifying"?

"Mothers and children trapped in poverty in our inner cities, rusted out factories scattered like tombstones across the landscape of our nation, an education system flush with cash, but which leaves our young and beautiful students deprived of all knowledge, and the crime, and the gangs, and the drugs that have stolen too many lives and robbed our country of so much unrealized potential. This American carnage stops right here and stops right now."

Because it sounds like the scenario to a B-grade apocalypse movie to me.  So maybe we could have a dialogue about that, too.  Or how about a dialogue about his remarks to the CIA on Saturday?

Trump’s remarks caused astonishment and anger among current and former C.I.A. officials. The former C.I.A. director John Brennan, who retired on Friday, called it a “despicable display of self-aggrandizement in front of C.I.A.’s Memorial Wall of Agency heroes,” according to a statement released through a former aide. Brennan said he thought Trump “should be ashamed of himself.”

Crocker, who was among the last to see Ames and the local C.I.A. team alive in Beirut, was “appalled” by Trump’s comments. “Whatever his intentions, it was horrible,” Crocker, who went on to serve as the U.S. Ambassador in Iraq, Syria, Afghanistan, Pakistan, Lebanon, and Kuwait, told me. “As he stood there talking about how great Trump is, I kept looking at the wall behind him—as I’m sure everyone in the room was, too. He has no understanding of the world and what is going on. It was really ugly.”

“Why,” Crocker added, “did he even bother? I can’t imagine a worse Day One scenario. And what’s next?”

John McLaughlin is a thirty-year C.I.A. veteran and a former acting director of the C.I.A. who now teaches at Johns Hopkins University. He also chairs a foundation that raises funds to educate children of intelligence officers killed on the job. “It’s simply inappropriate to engage in self obsession on a spot that memorializes those who obsessed about others, and about mission, more than themselves,” he wrote to me in an e-mail on Sunday. “Also, people there spent their lives trying to figure out what’s true, so it’s hard to make the case that the media created a feud with Trump. It just ain’t so.”

John MacGaffin, another thirty-year veteran who rose to become the No. 2 in the C.I.A. directorate for clandestine espionage, said that Trump’s appearance should have been a “slam dunk,” calming deep unease within the intelligence community about the new President. According to MacGaffin, Trump should have talked about the mutual reliance between the White House and the C.I.A. in dealing with global crises and acknowledged those who had given their lives doing just that.

“What self-centered, irrational decision process got him to this travesty?” MacGaffin told me. “Most importantly, how will that process serve us when the issues he must address are dangerous and incredibly complex? This is scary stuff!”


Or maybe we should criticize John Brennan and Ryan Crocker and John McLaughlin and John MacGaffin because they didn't ask Ms. Conway for a dialogue before speaking to The New Yorker.  Then again, there is already a dialogue:

Paul Pillar, a Vietnam veteran, rose to become deputy director of the Counterterrorism Center and later the National Intelligence Officer in charge of the Middle East and South Asia. He, too, was anguished by Trump’s comments. “He used the scene as a prop for another complaint about the media and another bit of braggadocio about his crowds and his support,” Pillar told me Sunday. “That the specific prop was the C.I.A.’s memorial wall, and that Trump made no mention of those whom that wall memorializes, made his performance doubly offensive.”


And as part of that "dialogue," Trump tweeted this:


So clearly the media is just telling more lies.