Give Trump a Chance 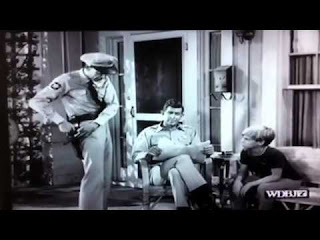 Before executing a major policy, experienced and effective political operations lay the necessary groundwork to ensure that when they do have to fight, they will do so on the most favorable ground. First, they engage in extensive behind-the-scenes consultation to understand the landscape, with an eye toward learning about the array of potential consequences. They then investigate the political, legal, and practical obstacles to implementation, and figure out which tweaks can neutralize opponents and sidestep judicial challenges. They start narrow to deprive opponents of sympathetic plaintiffs and only broaden the policy later, when the high-profile battle is won. Then when the opposition is disorganized and demoralized, and its fear-mongering discredited, you come back for more.

Gen. Talib al Kenani commands the elite American-trained counter terrorist forces that have been leading the fight against ISIS for two years.

“I’m a four star general, and I’m banned from entering the U.S.?” he said.

His family was relocated to the U.S. for their safety, and he’d had plans to see them next week, until he was told not to bother.

“I have been fighting terrorism for 13 years and winning,” he said. “Now my kids are now asking if I’m a terrorist?”

“There are many American troops here in Iraq,” he said. “After this ban how are we supposed to deal with each other?”

“This ban needs to be reviewed,” Kenani said. “We thought we were partners with our American friends, and now we realize that we’re just considered terrorists.”


Should we give Trump a chance?, NPR's 1A asked this morning.  To do what, shoot the country in the other foot?
Posted by Rmj at 1:30 PM