The faucets are dripping.... 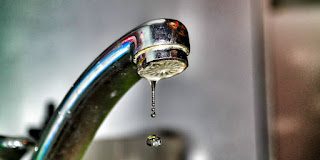 
The Obama admin/CIA is illegally funneling TOP SECRET//COMINT information to NBC for political reasons before PEOTUS even gets to read it.
— WikiLeaks (@wikileaks) January 6, 2017

In their defense, Wikileaks insists the leak was authorized:

If you go to the Twitter thread, you'll see Wikileaks never supports this claim with any evidence.  However, it was reported earlier that three versions of this report would be published:  one for public consumption, one for classified clearance, and one for the highest clearance.  For the latter version, reportedly even people who supplied information for that report would not be cleared to read it.

Which one was leaked?  The one to be made public soon anyway?  Or the one that was classified.  Does Wikileaks know?  Or are they just made something got leaked in violation of laws they themselves freely violate?  Jealous of poaching on their turf?  Or supporting Trump?


How did NBC get "an exclusive look into the top secret report he (Obama) was presented?" Who gave them this report and why? Politics!
— Donald J. Trump (@realDonaldTrump) January 6, 2017

And the answer is:  distraction!

Citing anonymous senior U.S. officials, Reuters reported that a soon-to-be-made-public report on Russian interference in the 2016 election affirms that Russian officials coordinated the leak of hacked emails to WikiLeaks at the direction of Vladimir Putin. It is unclear from the Reuters story whether the report names those officials.

The upcoming report, the anonymous officials told Reuters, concluded that the Russian government sought to discredit the electoral process and assist Donald Trump. President Barack Obama saw the report Thursday morning, and the President-elect is scheduled to be briefed on it Friday afternoon.


And of course, now that the publicly released report is out; what was Wikileaks complaining about, again?  Maybe this bit from that now-made-public report:

Russia’s effort to influence the 2016 US presidential election represented a significant escalation in directness, level of activity, and scope of effort compared to previous operations aimed at US elections. We assess the 2016 influence campaign reflected the Kremlin’s recognition of the worldwide effects that mass disclosures of US Government and other private data—such as those conducted by WikiLeaks and others—have achieved in recent years, and their understanding of the value of orchestrating such disclosures to maximize the impact of compromising information.  During the Cold War, the Soviet Union used intelligence officers, influence agents, forgeries, and press placements to disparage candidates perceived as hostile to the Kremlin, according
to a former KGB archivist.