The President Believes What He Believes 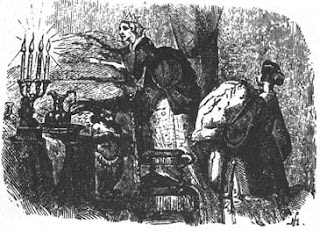 Here is the "study" Trump could be referring to, simply because he referred to it on October 22, 2016.  It's actually a blog post about a study, which carries this disclaimer at the top now:

Note: The post occasioned three rebuttals (here, here, and here) as well as a response from the authors. Subsequently, another peer-reviewed article argued that the findings reported in this post (and affiliated article) were biased and that the authors’ data do not provide evidence of non-citizen voting in U.S. elections.

The article itself focuses on the Senate election in 2014, not on the general election of 2016, and it doesn't posit voter fraud across the country in all races (which is weird, because, what, illegal voters only vote for Senators?).

And as Politifact points out, the study relied on didn't analyze the responses to the questions.  When that was done, many respondents changed their answer about being "non-citizens," because they marked the wrong box on the form (and if they're lying now, how do you rely on their previous answers?  All determination of "non-citizens" voting in the article Trump relied on in October were based on self-descriptions of citizenship status):

"When we took out people who changed their answer on the citizenship question and only look at people who answered consistently that they were noncitizens, we found no reported noncitizens who voted," Schaffner told PolitiFact.

News 21, a national investigative reporting project, found 56 cases of noncitizens voting across all elections from 2000 to 2011.

Hasen wrote in the Wall Street Journal recently that "the United States Court of Appeals for the D.C. Circuit concluded last month than only a ‘tiny fraction’ of voters are noncitizens and that there is no evidence it is a serious problem."

Sarah Pierce, an associate policy analyst of the U.S. Immigration Program at the Migration Policy Institute, said there are substantial legal deterrents that are in place to keep a noncitizen from voting.

First, it’s a criminal offense to unlawfully vote in a federal election. Second, this offense is worthy of deportation, even without a conviction.

"Voting renders an individual permanently inadmissible — again, even without a conviction," Pierce said. "This means that if someone were to be found inadmissible for having voted, they could never return to the United States, even temporarily, no matter the circumstances.

And considering how few citizens vote, what's the upside to voting illegally in massive numbers that would swamp the system?

Oh and Trump isn't just complaining about California; he includes Virginia and New Hampshire in his rants, at least from time to time.  Then again, his Press Secretary says the problem is in the "urban areas" of states that didn't vote for Trump, like New York and California.

Olbermann is right; this guy is crazy.

Adding:  oh, crap.  And:  yes, that is the problem.  Also:  as others have noted, no, we aren't talking about Russia anymore.  And frankly, if we hear anymore about an investigation of voter fraud next week, I'll be mildly surprised.  Because if Trump can't handle it with a tweet or an executive order, I'm not yet convinced he can do anything.